I am just picked for 2-3 games, then again dropped: Umesh

'Everyone is thinking I am not giving my best, but it is not. It happens for every fast bowler.' 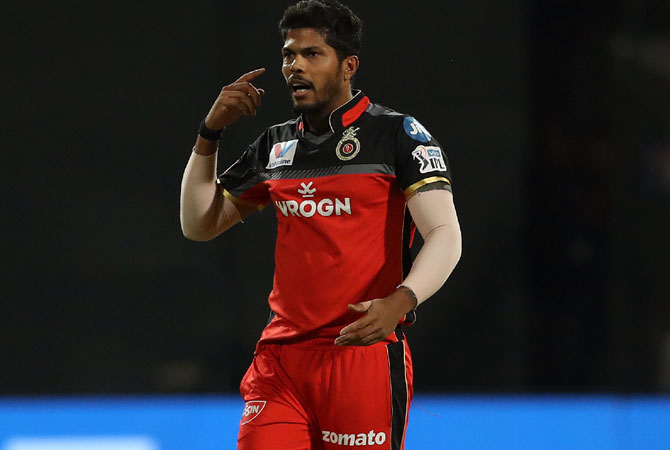 IMAGE: Umesh Yadav admitted that for the past six months he has not been able to maintain accuracy. Photograph: BCCI

Struggling Royal Challengers Bangalore pacer Umesh Yadav says getting dropped from the Indian team off and on has led to loss of self-confidence and dip in form which is clearly showing in the ongoing Indian Premier League.

Umesh, who was left out of India's World Cup team, said nothing is going right for him and the piling mental pressure has affected on his accuracy and rhythm in bowling.

"Everybody is saying I am not bowling well and why is this happening? Because in last two years I continued playing all formats in domestic level, but after that, I have not played too many ODIs or T20s. I am just picked for 2-3 games, then again dropped," Umesh said.

"Everyone is thinking I am not giving my best, but it is not. It happens for every fast bowler," he said after the abandoned IPL match between Royal Challengers Bangalore and Rajasthan Royals in Bengaluru on Tuesday.

Umesh admitted that for the past six months he has not been able to maintain accuracy.

"It is difficult to elaborate because it is part of every bowler. Sometimes, we have a good or a bad day. I think this is the phase wherein from four to six months I am not that accurate," said the 31-year-old, whose last ODI was on October 24 against the West Indies. 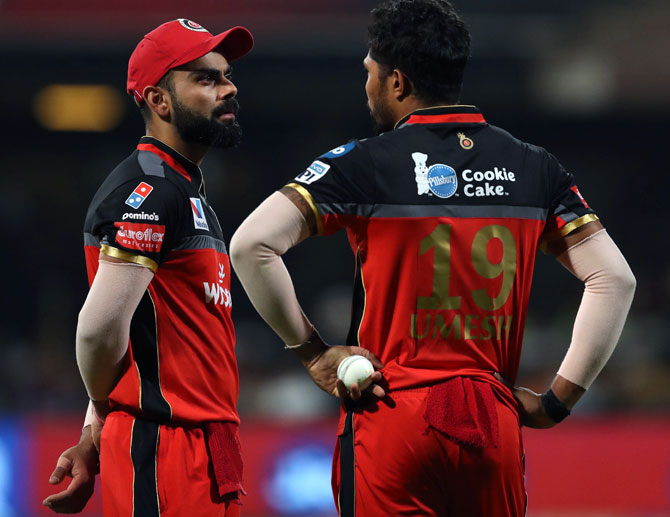 He said his rhythm has not been the best because of mental pressure.

"Sometimes too many things goes into your head. Sometimes, there definitely is confidence, but other times I feel I am not having my time this year. Hence, that is the problem this year. Actually my rhythm and everything is not going my way," he said.

Umesh is hurt for not delivering this season after having been the highest wicket taker for RCB last edition. He has picked up just eight wickets in 10 matches, with a disappointing economy rate of 9.60.

"Last time I was the highest wicket taker and this year it did not happen, so definitely I am feeling bad and hurt for not being able to deliver properly whenever the team wants from me," he said.

Talking about Navdeep Saini, Umesh said, "He is a good fast bowler and wants to keep learning. After a long time we have seen a bowler who can bowl at 150 kmph and has good lengths as well.

"The way he is playing cricket and learning, he has a bright future ahead."

Meanwhile, Shreyas Gopal, who bagged a hat-trick in the match, said he was happy with his performance, but disappointed his team did not win which would have made things clearer point-wise.

"Obviously I have a lot of nerves but it feels good to be getting them out. Unfortunately for me right now the most important thing is that we did not have a full game and did not end up on the winning side, so we still do not know how things are on the table," he said.

"Having said that it feels good to get those wickets. Moreover, in five overs we had a chance in the game so I am pretty happy about that."

Everyone is thinking I am not giving my best, but it is not. It happens for every fast bowler