'A ball exchanges hands all day, you run in, huffing and puffing, you sweat and using saliva is natural rather than on intent. It's a habit and you just can't control this aspect.' 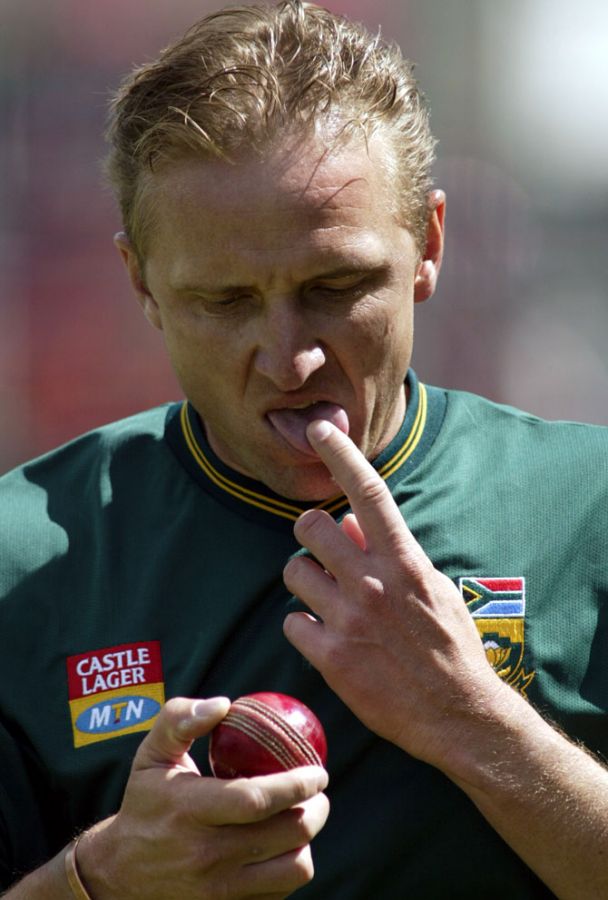 West Indies fast bowling legend Michael Holding believes legalising ball tampering in the post coronavirus world is a bit "self contradictory", while South African great Allan Donald is completely on the opposite end of the spectrum on a subject that has divided opinions.

The International Cricket Council (ICC), during its recent CEC meeting, considered the use of artificial substances on the ball instead of saliva.

"I have read that ICC is contemplating preventing people from using saliva on the ball due to COVID-19 and allowing them to use foreign substances on the ball to keep the shine on but in front of the umpire. I don't understand the logic behind that," Holding told ESPNCricinfo.

The West Indies great also questioned the ICC for shifting its stand on the issue by allowing foreign substance instead of saliva or sweat.

"Before they got to that point they said if they restart cricket it has to be played in a bio-secure environment.

"They were saying cricketers for instance would have to isolate themselves for two weeks to make sure that everything was fine for when they got to the venue before the match started. And everyone involved (with the match) will have to do the same thing," he said.

What Holding can't fathom is that if people quarantine themselves and then start playing, why saliva can't be used then.

"Now, if you are saying everyone is in the bio-secure environment, you are staying in the same hotel, you are not moving for the length of time you are playing the matches, if that is the case why are you worried about someone's saliva?

"Why would you want to play cricket under those circumstances? It's either safe or it's not. No guessing, please," one of the most respected voices in world cricket said.

Pakistan legend Waqar Younis made it clear that use of saliva is a must and can't be done away with when competitive cricket resumes.

"As a fast bowler, I reject this because this (using saliva and sweat) is a natural process. A ball exchanges hands all day, you run in, huffing and puffing, you sweat and using saliva is natural rather than on intent. It's a habit and you just can't control this aspect," Waqar said.

He felt that all these kind of ideas show desperation to start proceedings.

"I don't know how this discussion came up but I feel people who want the game to be played are frustrated with the lockdown. They are overthinking about it. I doubt this new idea of using (artificial) substance instead of saliva is a solution.

"You can make a bowler use a predefined substance on the ball, but at the same time practically it's not possible to prevent a bowler using his sweat or saliva," Pakistan's current bowling coach said.

Donald, however, is open to the idea.

"I absolutely agree with legalising ball-tampering. I said so in an article sometime in the 2000s. It happens anyway, we see guys throwing the ball on the ground and umpires say to throw it up and it's pretty obvious what they are doing. It could work if it is well-monitored."