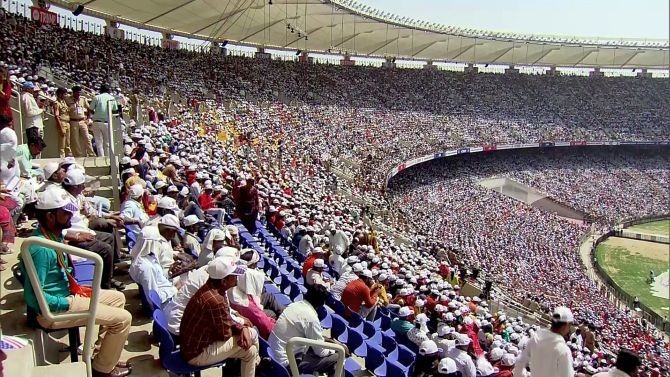 The Motera stadium in Ahmedabad dominated the headlines as it is set to become the world’s largest cricket stadium.

All eyes were on US President Donald Trump, who visited the stadium during his two-day visit to India. The visiting US President addressed thousands of people at the Namaste Trump event being held at the Motera stadium. 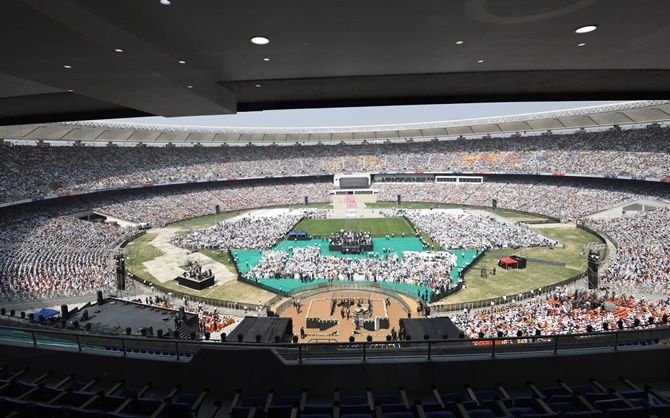 The stadium has been completely rebuilt after demolishing the old one, which was constructed in 1982 and had a seating capacity of 49,000 people. Spread over 64 acres and one of the dream projects of Prime Minister Modi, it was completed in two years at an estimated cost of ₹ 700 crore and has the capacity of over 1 lakh. 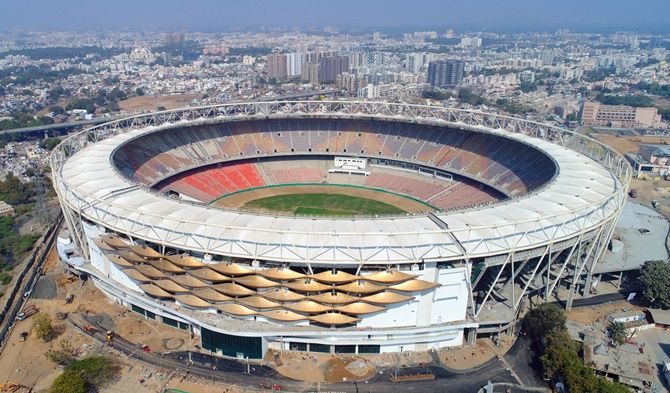 “As builders of nations, we are in the business of building the largest and the tallest, the biggest, the smartest and most complex, and the Motera Stadium will count as one of our most challenging successes in the recent times, We are also delighted that we have been able to deliver a quality project to our client, the Gujarat Cricket Association, who were always a tower of support to us during the construction of this massive infrastructure,” Subrahmanyan added.

“Engineering wise, this has been one of our most challenging projects that involved the erection of 9,000+ precast elements, including some of the heaviest weighing up to 285 MT,” remarked M V Satish, Whole-Time Director and Senior Executive Vice President (Buildings, Minerals & Metals), L&T.

All you must know about the Motera stadium:

• The world’s largest cricket stadium at Motera, Ahmedabad, is built by Larsen & Toubro, which played host to the Prime Minister of India, Narendra Modi, and the President of the United States of America, Donald Trump.

• Constructed by the Buildings & Factories business vertical, the construction arm of L&T, the stadium took four years in the making, which included demolishing the previous stadium at the same site.

• Engineering wise, this has been one of our most challenging projects that involved the erection of 9,000+ precast elements, including some of the heaviest weighing up to 285 MT.

• Boasts of several unique aspects such as clusters of LED lights carefully positioned on the roof to avoid the multiple shadows of players on the pitch.

• It is also a water and energy efficient green construction.