'I can never forget that day. My cricketing journey started from there.' IMAGE: Shafali Verma, 15, became one of the youngest to be picked in the Indian women's team when the youngster was picked for the five-match T20 International series against South Africa. Photograph: BCCI

Five years ago, a starry-eyed Shafali Verma wrestled through a vociferous crowd at the nondescript Lahli ground in Haryana to get a glimpse of her idol Sachin Tendulkar, the moment that inspired the then 10-year-old to take up the game.

On Thursday, the 15-year-old was picked to play for India.

It was not just another match, it was a landmark occasion -- Tendulkar playing his final Ranji Trophy game ahead of his international retirement.

"Jitne log Sachin sir ko andar dekhne ke liye khade the, utne hee bahar the (There were as many people outside the stadium as inside to get a glimpse of Tendulkar. Only then I realised how big a deal is to be a cricketer in India, especially when you are revered like Sachin Sir)," Shafali said.

"I can never forget that day. My cricketing journey started from there," the soft-spoken player said hours after getting the news of her selection for the T20 series against South Africa.

One of the youngest players to be picked for India, the rise of the Rohtak-born opener has been remarkable. She started playing the game five years ago and has already played three seasons for Haryana.

To get this far, she has spent hours training that involved flipping tyres in her native.

A big-hitting batter, which is the need of the hour for the struggling Indian women's T20 team, she first attracted attention with her performances in the 2018-19 Inter-State Women's T20 tournament where she hammered 128 off 56 balls against Nagaland.

The selectors were convinced of her rare talent when she made 34 off 31 balls in the Women's T20 Challenge in Jaipur earlier this year against an attack comprising well known international names.

"I was expecting this call-up to be honest. I had done well in domestic cricket and also in that big tournament in Jaipur. The recent camp at NCA also went well for me. So, yes I was hopeful," said Shafali, who learnt the ropes at an academy in Rohtak.

Tendulkar was one big reason she took to the sport, another was her father, a jeweller by profession.

"My papa always loved the game, he wanted to pursue it but could not do that. He thought he could fulfil his cricketing dream through me. He took me to the nearby academy and I did not look back from there on. Now my five year siblings also want to play for cricket. My elder brother also plays," she said.

Known for her big-hitting prowess, Shafali said tennis ball cricket in her early days made her the attacking batter that she is now.

And what is her favourite shot?

"Stepping out to the spinners and hitting them for a straight six," she said.

"I met all the players recently at the NCA. I didn't get to spend time with Harman di but Mithali di gave me confidence and told me to keep my head strong."

'Shafali selection is tremendous boost for women's game in Haryana'

The diminutive Haryana-girl was picked in India's Twenty squad for the upcoming home T20 Internationals against South Africa following her good performance in the Women's T20 challenge earlier and at the age-group level this year.

"When Yuzi or Mohit did well for India in World Cups it gave me immense satisfaction but I was a bit more chuffed when I learnt about Shafali's selection," the BCCI treasurer said.

"It's a fulfilling thought that a girl from Haryana at the age of 15 will be wearing senior national colours. My elder daughter is 11 years old and come to think of it, Shafali is 15. So for me, it's more like how a parent feels," said Chaudhry, a former secretary in Haryana Cricket Association.

Infact, the BCCI treasurer is happy that he could recommend Shafali to a Rohtak academy few years back.

"It was three years back and I happened to be at the ground when Shafali was playing a trial game. I saw her strokes, she must have been 12 or 12-and-a-half then. I recommended someone to put her into proper academy in Rohtak. But it's her immense hardwork and talent that has got her here," Chaudhry fondly recollected.

"In fact, Shafali is the youngest player to represent country since the age protocol has been put in place," he said.

It wasn't exactly a smooth sailing for development of women's cricket in Haryana, he said.

"Women's cricket got a sense of structure in 2006 when it came under the aegis of BCCI. I remember as the joint secretary and later as the secretary of HCA, I had a fight to put a system in place.

"Now Haryana has a different social milieu and I had to work within a certain paradigm, keeping sentiments in mind. It was a different challenge, but now we have the same facilities for women's cricketers as we have for men," Chaudhry said.

He said that if a few impending roadblocks are cleared, the first women's cricket academy in Haryana will be a reality in near future.

"Seamer Mansi Joshi is actually the first woman cricketer from the Haryana to play for India but now she has moved to Uttarakhand. Now we have Shafali.

"What I liked about her family was the fact that the father never came to coaches and interfered in her training. She has the talent and she proved that in women's IPL. I can only hope she plays for India for the longest time," he said. 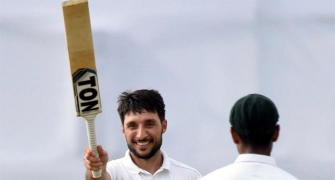 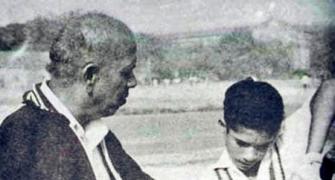 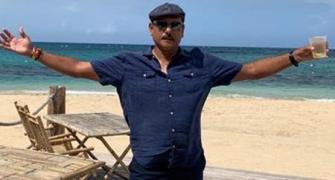