Indian team to stay in Indore for nets under lights IMAGE: The Indian team's focus will be on what is being called as 'twilight zone'. Photograph: BCCI/Twitter

India have extended their stay in Indore by two days and will have a full-fledged training under lights from Sunday, aiming to get used to the 'twilight' ahead of the country's first pink-ball Test.

Even the Bangladesh team has also decided to stay back and utilise the time, which they have got because of an early finish to the opening Test, training under lights.

It has been learnt that for the next two days, the Indian team's focus will be on what is being called as 'twilight zone', something that cricketers who have played with the pink ball, have acknowledged to be very challenging.

"We will specifically train during the twilight because we still don't know what the ball will do during that particular phase," a source close to the team management said on conditions of anonymity.

Many players who have played the Duleep Trophy, including Cheteshwar Pujara, has said that sighting the pink ball at twilight is a challenge as the crimson colour of the sky and the pink colour of the ball makes it look more like orange.

"In the twilight period, I feel that maybe sighting the ball could be a little challenging. (But) the more you play, you get used to it. It's always about experience and knowing how the ball is behaving," Pujara said in an interview.

Ravichandran Ashwin had recently said that, at times, he is getting a feel of an orange ball.

"Obviously, it's a challenge to play with the pink ball. The ball has a lot more lacquer. I haven't even bowled a single ball with the pink ball. Obviously I just saw it. Sometimes I don't understand if its orange or pink, still coming to terms with that," Ashwin had said.

Sachin Tendulkar, on his part, said players need to train with both new and old pink ball.

There will be match simulation and players are likely to have nets on the centre wicket with black sightscreens.

The teams will leave for Kolkata on November 19 and train at the Eden Gardens for the next two days. 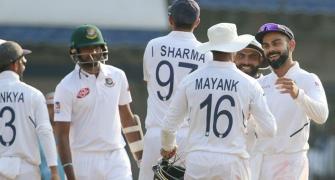 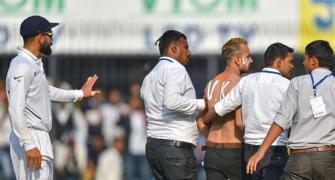 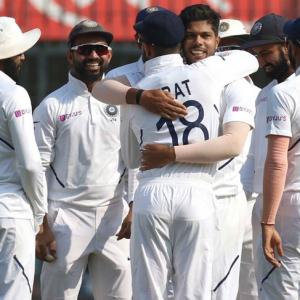 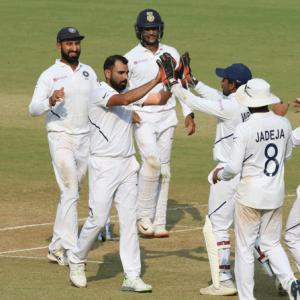