'Bowling in the death is about trying to remain as calm as possible and constantly focus on execution and not necessarily the end result.' 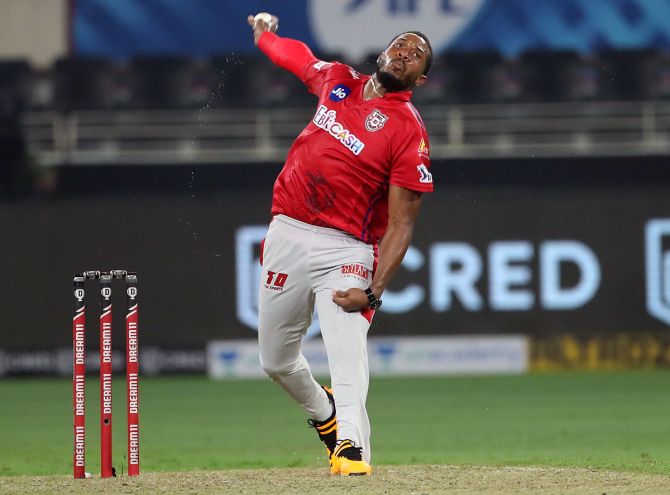 In an unforgiving format like T20, Kings XI Punjab's England pace bowler Chris Jordan feels having a good sense of humour goes a long way in dealing with the extreme pressure of bowling in the death overs.

He vouches for it because only a sense of humour could help Jordan move on from the hiding he got from Marcus Stoinis in his team's IPL opener against Delhi Capitals.

A T20 specialist, who is known for his death over skills, Jordan had an off night as he leaked 30 runs in that over, allowing Capitals to post a competitive total and eventually pull off a win in a Super Over thriller.

A week later, his Kings XI teammate Sheldon Cottrell met a similar fate when Rahul Tewatia hammered him for five sixes in an over that effectively won the game for Rajasthan Royals.

"What happened to Sheldon can happen to anyone. When you are bowling in those periods of the game, you have to have a sense of humour because when you do bowl in the death, you are bowling against the best hitters in the world," Jordan said from Dubai.

Tewatia's moment of brilliance out of nowhere spoilt the night for Cottrell, who until then had done the job for his team.

Jordan, who has played 52 T20 Internationals for England, said accepting that one will have more bad days than good is the key to staying calm in a format in which batsmen are only looking to hit out of the park.

"Everyone comes out to see them hit sixes. Bowling in the death is about trying to remain as calm as possible and constantly focus on execution and not necessarily the end result. That is what my mindset is in the death overs," Jordan said.

"While you are bowling the yorker, you can't think about missing it (though sometimes you do end up missing it). I only think about nailing that yorker and setting the field accordingly," said the Barbados-born cricketer.

He feels a sense of humour also helps in getting over an expensive outing.

"The format can be unforgiving and guys can also play some unbelievable shots. So, you have to have a sense of humour. Of course you do set high standards for yourself and you want to become better after every game but that is not how life works.

"If you check over a period of time you have more bad days than good days in your entire career. That is why it is important to have that sense of humour when these things happen (you go for runs).

"Anyway, we are at a point in our lives where things are very uncertain (due to COVID-19) and the fact that we are able to play and show our skills and do what we love is a blessing in itself," said Jordan.

Dew has proved to be a major factor at all three IPL venues, making it tough to land those yorkers consistently with a wet ball. Jordan said it is something that the bowlers are regularly practising in the nets.

Being a new addition to the side, Jordan is also enjoying picking the brains of India pacer Mohammad Shami in the Kings XI training sessions.

"Shami is a world class bowler. His seam position is impeccable, one of the best in the world cricket. Because he is such a high quality bowler and someone who is accustomed to bowling in Indian conditions and to Indian players, it has been very interesting to pick his brain.

"And that is the beauty of franchise cricket. Our conversations have been very healthy."

Head coach Anil Kumble and skipper K L Rahul have said that Chris Gayle, who is yet to play a game, will have a big role in the tournament, and Jordan believes it is tough leave someone like him out for a long period.

"Chris is obviously a great of the game and you would not be able to keep him out of the tournament for too long. I do expect to see him later in the tournament," said Jordan.

Kings XI have lost two close games in three matches but Jordan insisted the spirits remain high in the dressing room as the team has played well though it has not been able to win decisive moments. 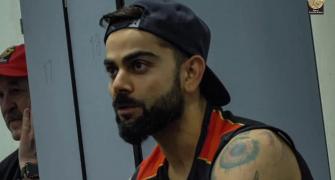 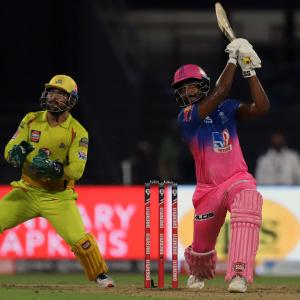