Pakistan have lost four of their five matches so far at the 2019 World Cup.

Captain Sarfaraz Ahmed insists his side have put their defeat to India last time out behind them. 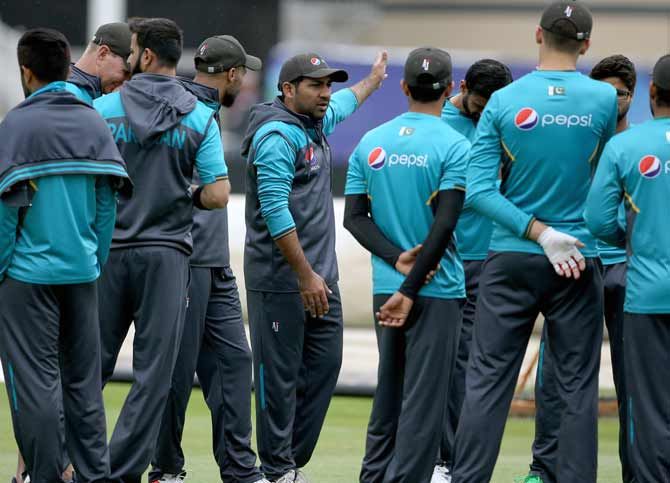 Sarfaraz Ahmed is adamant defeat to India last time out won’t be playing on Pakistan's mind in the slightest when they take on South Africa at Lord's, on Sunday.

Pakistan have won just one of their five matches at the 2019 World Cup -- an impressive 14-run triumph over hosts England but lost by 89 runs to their biggest rivals India at Old Trafford in their most recent match.

They will have had a week to analyse that loss by the time they take to the field in London on Sunday, where they will try to down a Proteas side, who similarly only have one victory to their name.

But skipper Sarfaraz insists his team won't be focusing on the past and that the squad are confident of bouncing back in style at the home of cricket.

"Everything is fine after the India match," he said. "It was tough for us but after the match, we gave our players two days' rest. Then before three days, we were practising hard.

"Psychologically there is a pressure on you as a Pakistan captain if you lose against India in a World Cup match.

"People will think we are beaten but it's not the first time we have lost to them in a World Cup, so it’s fine. We all are okay and we are all are backing ourselves, so hopefully we will bounce back.

"Morale is still very high for us. The tournament is now open now, so we have a chance and we are focussing match by match. Hopefully we can start by beating South Africa."

The two sides contested a highly-competitive ODI series in South Africa back in January that Pakistan eventually lost 3-2.

That has whetted the appetite for this Sunday's clash, although Sarfaraz believes it is foolish to read too much into those games six months on.

"If you talk about the South Africa series, it's different," added Sarfaraz. "A bilateral series is a different type of pressure to a World Cup.

"We played good cricket but unfortunately we didn't win the series. We are very hopeful heading into the game against South Africa and we will try for our best.