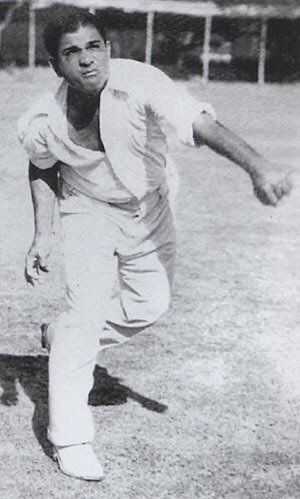 1947. Vinoo Mankad had warned Australian batsman Bill Brown for straying out of his crease during the Indian team's first class game against an Australian XI as the left-arm bowler was about to bowl.

Brown ignored Mankad's warning and when he wandered out of the crease yet again, Mankad ran him out.

The incident didn't garner too much attention, but when Mankad ran Brown out in similar fashion during the second Test at the SCG a couple of weeks later, the Aussies and the cricketing world erupted in outrage. 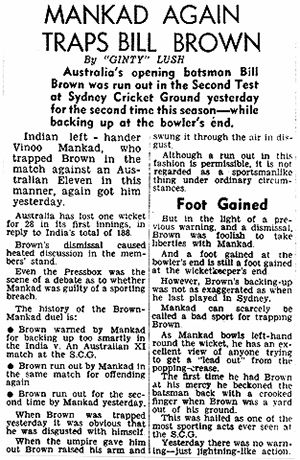 Mankad was denounced for unsportmanly conduct, but the umpires and the folks who ran the game at the Marylebone Cricket Club decided that the dismissal was fair.

Since then, being 'Mankaded' has been seen as permitted under cricket's laws, but sneered at for going against the spirit of the game.

On Monday, March 25, night in the fourth game of IPL-12 at Jaipur, Kings XI Punjab Skipper Ravichandran Ashwin 'Mankaded' Jos Buttler when the Rajasthan Royals opener strayed out of his crease as the off-spinner was about to bowl.

Buttler was livid, but the umpire ruled him out, a decision upheld by the third referee. 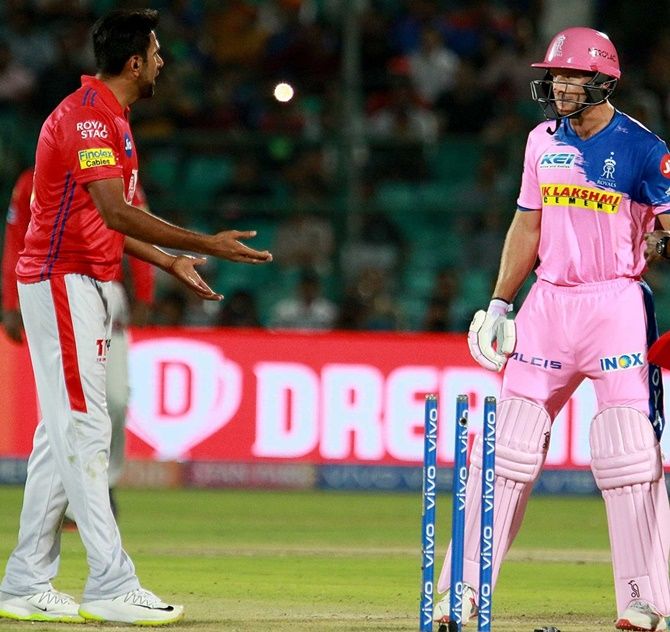 IMAGE: Jos Buttler and Ravichandran Ashwin exchange words after the Rajasthan Royal star was 'Mankaded'. Ashwin later defended his action and both men shook hands at the end of the game which the Kings XI Punjab won. Photograph: ICC/Twitter

Ashwin was well within his rights as per the ICC's rule 41.16, according to which even a warning to the batsman is not necessary.

Ashwin, by the way, did not caution Buttler before whipping off the bails.

Under the MCC laws, bowlers at all levels of cricket are able to run out the non-striker up to the instant at which they 'would be expected to deliver the ball'.

According to Mohammad Kaif's tweet after the King XI Punjab-Rajasthan Royals game, 'It's within the laws of the game but Jos Butler should have been warned by Ashwin before that. Very Surprised! Remember Ashwin doing the same in an international game where Sehwag withdrew the appeal'.

Those whose oppose 'Mankading' argue it is unsportsman-like given that the batsmen often leaves the crease unwittingly, rather than in a bid to gain a run-scoring edge.

Others insist the move is within the rules and that the non-striker only has himself to blame if he leaves the crease before the ball is bowled.

'It is often the bowler who is criticised for attempting such a run out but it is the batsman who is attempting to gain an advantage,' the MCC explained.

'The message to the non-striker is very clear -- if you do not want to risk being run out, stay within your ground until the bowler has released the ball.'

But while the game's governing bodies are clearly singing from the same hymn sheet, cricketers's reaction to 'Mankading' suggests it remains a bitterly divisive issue.

Hong Kong's Mark Chapman remains the only batsman 'Mankaded' in a T20 International game. The bowler was Oman's Aamir Kaleem and the game was a 2016 Asia Cup qualifier.

Ashwin's 'Mankading' Buttler is the first instance in the IPL. Hopefully, it will be the last. 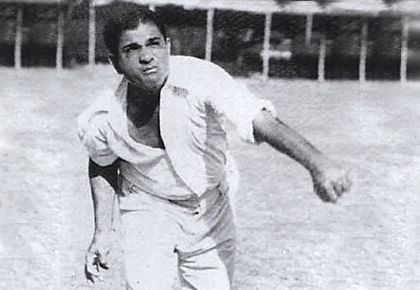