How Limaye's exit will impact reforms in BCCI 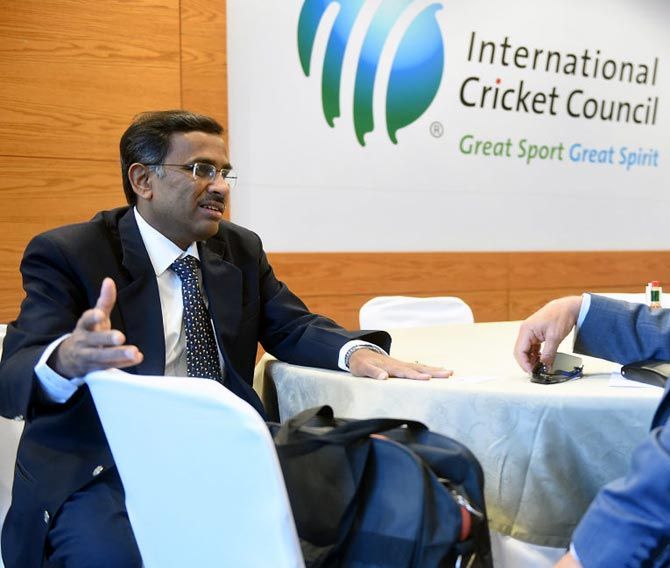 Veteran banker Vikram Limaye will soon leave BCCI's Committee of Administrators to head the National Stock Exchange (NSE) and that will a big loss to the the already trimmed panel, said COA member Diana Edulji.

"It will be a big loss. His inputs have been excellent in all the meetings. He has been a big help in financial dealings," Edulji said on Tuesday.

"Even when he represented BCCI at the ICC meet in February, he got a grasp of the subject in real quick time," she added.

Limaye will hold his position till July 14, when the Supreme Court reopens, after which he will have to step down for his

new assignment at the NSE.

With Limaye's departure, the COA will shrink from being a four-member panel to a two-member panel.

Historian Ramachandra Guha was the first to quit, alleging that the COA had not done enough to implement the Lodha Committee reforms mandated by the Supreme Court.

However, Limaye has been a lot more regular than Guha in being present at the meetings.

The Vinod Rai-led COA next meets on June 24 in Mumbai, ahead of the BCCI's Special General Meeting on June 26.

COA, assigned by the Supreme Court to carry out reforms recommended by the Lodha panel, has also sent an amended version of the constitution to all the state cricket associations and the matter will be tabled at the SGM.

"The state associations should adopt the amended constitution (in line with Lodha recommendations) at the SGM. The two or three points with which they have a problem can be later considered by the Supreme Court," the source close to COA said.
© Copyright 2021 PTI. All rights reserved. Republication or redistribution of PTI content, including by framing or similar means, is expressly prohibited without the prior written consent.