How India is outplaying Australia in all three departments of the game...

‘Their batters are in outstanding touch’ 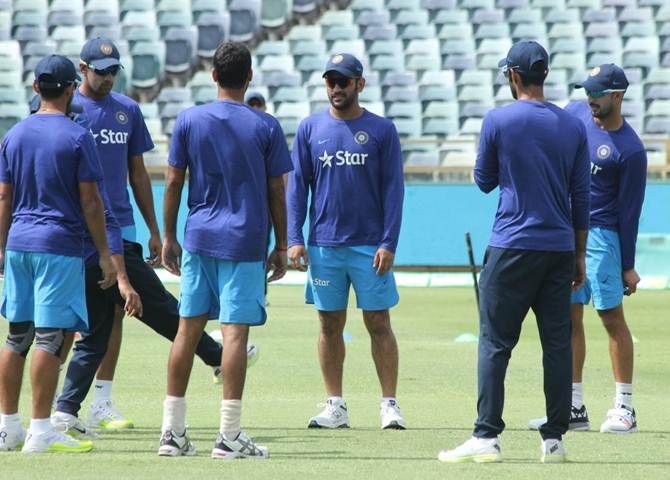 He does not consider the back-to-back Twenty20 losses to India a major setback but Australia's stand-in cricket coach Michael Di Venuto concedes that his team has certainly been outplayed in all three departments of the game so far.

The Australians lost the second T20 in Melbourne to give away an unassailable 2-0 lead to the visitors in the three-match series, the first bilateral triumph on Australian soil for Mahendra Singh Dhoni's men.

"We're just getting completely outplayed in all three departments at the moment, the bat, ball and the field," he told reporters.

"Their batters are in outstanding touch and have been all summer. We're struggling to get early wickets and get into their middle order," he added. Di Venuto said his team's batsmen have also struggled to cope with the spinners.

"They're playing exceptionally well, there's no doubt about that. I was pretty happy with our start with the bat, we were right on track but then spin again was our undoing in the middle overs," he said.

However, Di Venuto said he wouldn't consider the results so far as a setback despite the fact that Australia's next T20 assignment happens to be the World Championship in India scheduled for March-April.

"We've had quite a few debutants so far throughout the series. We've got some players resting or heading to New Zealand to prepare for that. The make-up of our side might be completely different -- we'll just have to see what the selectors come up with," he said.