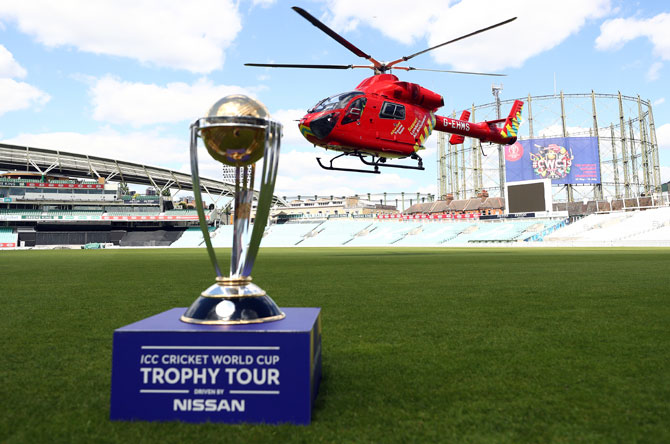 In a first, all the 10 participating teams at the upcoming 2019 World Cup will have a dedicated anti-corruption officer attached with it to deliver a corruption-free tournament, according to a report.

The report in the Daily Telegraph said the International Cricket Council will attach an anti-corruption official with each team starting from warm-up matches till the end of the tournament.

"Previously, the International Cricket Council's Anti-Corruption Unit had personnel deployed at each venue, meaning that teams would deal with a number of officials over the course of a tournament," the report said.

"Now, the same official will be assigned to a team from the warm-up matches to the end of the competition, staying in the same hotel as the players and travelling with them to training and matches."

It said the move is part of ICC Anti-Corruption Unit's effort to deliver a fixing and corruption-free World Cup and also an effort to build better relations between players and the ACU.

"By being with teams throughout the competition, it is also thought that anti-corruption officials will be better placed to spot any potential corruptors who lurk near players or back-room staff and so identify any behaviour that may be suspicious," the report further stated.