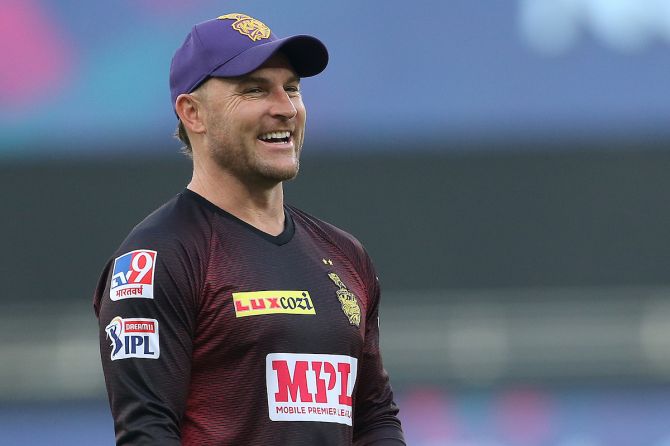 IMAGE: Head coach Brendon McCullum's leadership in the second half of the IPL in the UAE saw Kolkata Knight Riders win five out of their remaining league matches to make the play-offs, and then the final. Photograph: BCCI

Kolkata Knight Riders head coach Brendon McCullum says his coaching style during the IPL this year was "a little wild".

After struggling in the first leg of the tournament in India, KKR made a remarkable turnaround when the event was moved to the UAE, reaching the final against eventual champions Chennai Super Kings.

"My style of leadership or coaching was perhaps a little wild," McCullum told SENZ Drive on Thursday.

The former New Zealand captain though was pleased to see the comeback KKR made in the league.

"It takes a little while to really dig down and thankfully we were able to do it in the second half of the tournament and we got a bit more intent into batting and then we were able to play a bit more of an aggressive form of cricket.

"Thankfully it translated to results and we got on a bit of a roll."

KKR had just two wins out of seven matches at the end of the first leg and were placed seventh. But, in the second half of the tournament in the UAE, they won five out of their remaining league matches to make the play-offs, and then the final.

"We rocked in the second half of the tournament; we were kind of dead and buried (after starting with two wins and five losses). We were under a fair amount of pressure with two wins from seven games and seventh on the table out of eight.

"The expectations on us were pretty low," said McCullum, who won the IPL 2012 title with KKR as a player. 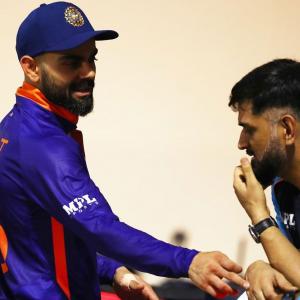 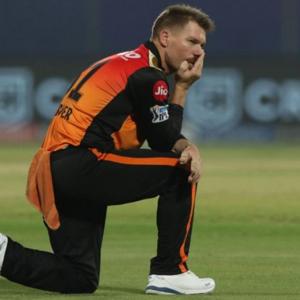