'Looking at the wicket, I felt left-right combo was important. We bat deep, we have a lot of left-handers, so in the back of the head it's there.' 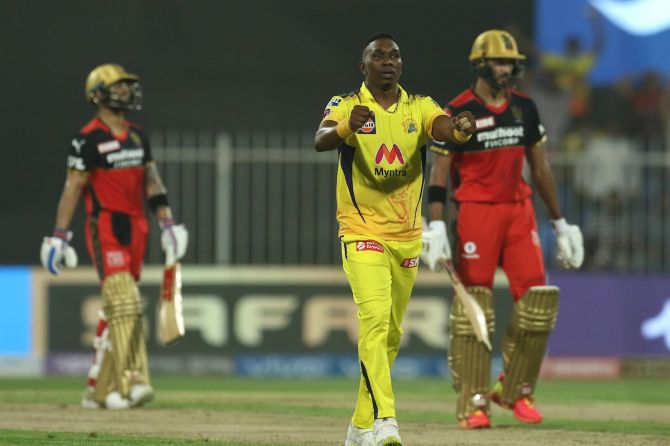 Three-time winners CSK endured their worst outing last season when they finished seventh in the eight-team league, a far cry from the manner in which they are dominating in this edition, including their latest six-wicket win over Royal Challengers Bangalore, on Friday.

"Our players have worked hard, they have understood their roles and responsibilities. Over here, the three grounds are different. This is slowest (so far) of all. Dubai and Abu Dhabi are different. So the players have been adapting," Dhoni said, after the comfortable six-wicket win over RCB.

RCB skipper Virat Kohli (53) and young Devdutt Padikkal (70) struck brisk half-centuries in an impressive 111-run stand but CSK pulled things back to restrict them to 156 for six after electing to bowl.

The in-form Ruturaj Gaikwad then came good again with a quick 38 while Faf du Plessis made 31 at the top to lay a strong foundation for CSK as they  chased down the modest target in 18.1 overs.

CSK's decision to bowl first was prompted by the dew factor.

"We were worried about the dew, so whenever there's chances of dew we want to bat second.

"They got off to a good start but after ninth over wicket slowed down. You still had to bowl tight, and (Ravindra) Jadeja's spell was important with Padikkal batting from one end.

"After that (Dwayne) Bravo, Josh (Hazlewood), Shardul (Thakur), Deepak (Chahar) were brilliant. It's always on the back of your mind on which bowler can be effective over here," the former India skipper said. 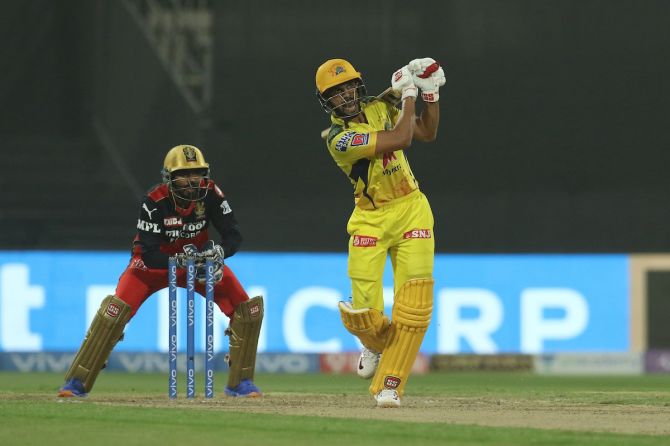 Even as RCB got off to a great start, Dhoni brought into play his years of experience to effect a turnaround.

"I had told Moeen (Ali) before drinks that he would be bowling soon, but then I decided Bravo should bowl. The more you delay Bravo, the more difficult it is since he will end up bowling four straight overs in these difficult conditions."

Stroke-making was not very difficult on this track but RCB ended up conceding a lot of boundaries to their opponents.

"Looking at the wicket, I felt left-right combo was important. We bat deep, we have a lot of left-handers, so in the back of the head it's there.

"And I feel all of them are good enough to play in any position. That's why we went with the left-right combination, which pushed Raina and Rayudu down."

Dhoni called his longtime CSK teammate Bravo "brother", who brought them back into the game with the wicket of Kohli.

"Bravo has turned up fit - that's a very good thing. And he is executing well. I call him my brother.

"We always have fights over whether he should bowl the slower ball. But I told him that now everyone knows he bowls slower balls, so I told him to bowl six different balls in one over. Whenever he can, he takes up responsibilities." 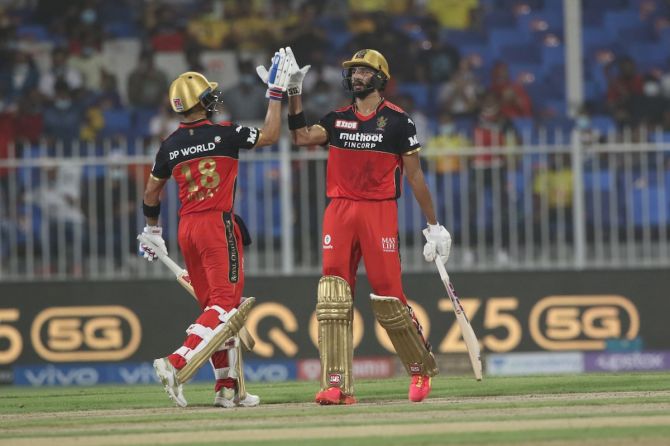 Besides admitting that his team conceded too many runs off boundaries, RCB skipper Kohli said they were 15-20 runs short of a challenging target. He also said his bowlers could not make use of the conditions.

"175 could have been a winning total. The pitch had a lot to offer but our bowlers could not make use. They got away with too many boundary opportunities. They bowled well in their back end and executed the yorkers when needed," Kohli said.

"It was difficult for us to get elevation, and only bad balls could be put away. We then gave too many boundary balls. We spoke of areas we didn't want them to hit, but we couldn't do that.

"The X-Factor was missing in the first five overs with the ball. But it's very important to execute balls during the crunch moments. Those few moments... that's what we failed to capitalise on."

Despite their seventh straight loss in the UAE (including results from last season), Kohli remained optimistic of turning things around in the coming days.

"We need to get on a winning run again. This game is more disappointing than the first one. We were on top and then gave it all away."

Man of the Match Bravo, who returned excellent figures of 3/24 in four overs, said he just wanted to keep things simple.

"I just strive to be competitive. IPL is the toughest competition in the world. Some days it works for me, some days it doesn’t. But the pride and love I have for this game keeps me going.

"RCB are a big side, and Virat is a very good player, so it was an important wicket. I wanted to just keep it simple. Variations, yorkers, slower balls...just stuck to my basics," Bravo said.