India restricted Australia to 256 for nine after the touring side had made a solid start on the opening day of the first Test in Pune on Thursday.

Young left-handed opener Matt Renshaw (68 off 156 balls), playing in only his fifth Test, showed technique as well as temperament despite a stomach bug. Number of Australians to complete the allround double of 1,000 runs and 100 wickets in Test cricket. Mitchell Starc is the fastest to reach this landmark for Australia in last more than 50 years. In all Tests, only five Aussies have done so in fewer Tests than Starc’s 35 – Monty Noble (27), George Giffen (30), Richie Benaud (32), Keith Miller (33) and Alan Davidson (34).

Starc’s batting averages against India- his highest against any country. The second best is 29.33 against New Zealand.

Number of Indian grounds to host a Test match, with Pune’s Maharashtra Cricket Association Stadium being the latest. It is the fourth Indian ground to make its debut this season afterIndore, Rajkot and Visakhapatnam. Interestingly India’s tally is higher than combined tally of England and Australia, who have hosted 916 Tests as against 258 by India.

Number of consecutive Tests Australia have lost in Asia while going in to this Test. They have lost their last seven Tests in India.

Number of Indian captains to have caught an Australian captain in the field before Virat Kohli today. GS Ramchand caught Richie Benaud at Kanpur in 1959-60. Incidentally MS Dhoni dismissed two Australian captains on three occasions behind the stumps (caught once, stumped twice). 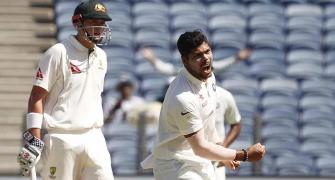 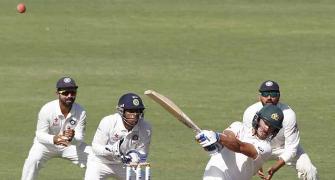 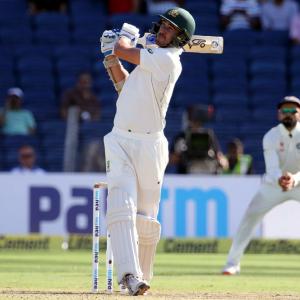 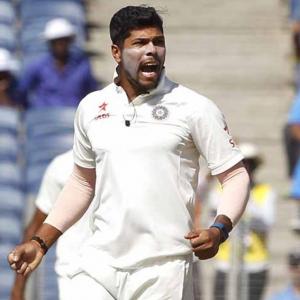 India's assistant coach reveals why Umesh was held back...