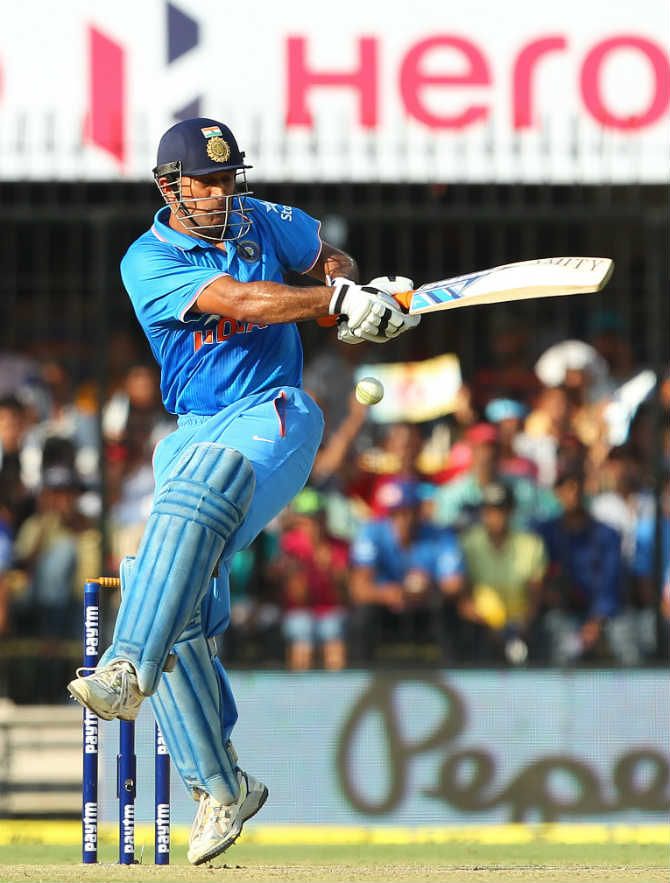 Mahendra Singh Dhoni's unbeaten half-century was in vain as Delhi scored a 99-run victory over Jharkhand in a lop-sided second quarter-final in the Vijay Hazare trophy, One-day tournament, at the M Chinnaswamy Stadium in Bengaluru, on Wednesday.

Chasing 226 to win, Dhoni stood amid the ruins with a 108-ball 70, which was studded with five boundaries and four sixes.

India’s limited-overs’ skipper failed to find support from the other end, as only Kaushal Singh (11) and Ankit Dabas (16) got into double figures.

Suboth Bhati (4-21) and Navdeep Saini (3-31) were the main wicket-takers, while Ishant Sharma scalped two wickets and Pawan Negi one.

Put in to bat, Delhi rode on some useful contributions from their top and lower-middle order to post 225 in their stipulated 50 overs, which proved enough as Jharkhand never looked in the chase despite a fine innings from Dhoni.

Dhawan too was sent back to the hut after a few overs by Dabas, with Dhoni producing a brilliant stumping.

Gautam Gambhir (20) and Milind Kumar (0) were then sent packing in the 24th over, bowled by fast bowler Varun Aaron, as Delhi was reduced to 92 for four.

While Gambhir was run-out, Milind was caught behind by Dhoni.

Unmukt Chand too could not stay long, dismissed by Aaron in the 28th over.

Nitish Rana (44) and Manan Sharma (21) then shared a 74-run vital stand before both the batsmen fall prey to Rahul Shukla in the 46th over.

P Negi then blasted 38 off 16 balls, with the help of three fours and as many sixes, to take Delhi across the 200-mark.

Robin Bist's unbeaten century helped Himachal Pradesh upset a star-studded Punjab by five wickets, in the first quarter-final of the Vijay Hazare Trophy, at the KSCA Ground in Alur.

Bist stroked 109, hitting nine fours in 135 deliveries, to steer HP to 266 for five in a thrilling finish with four deliveries to spare.

Yuvraj (5) failed with the bat before Mandeep Singh stroked 119, while Gurkeerat made 35 and Harbhajan slammed a quickfire 25 from 13 balls in the final overs.

All-rounder Rishi Dhawan, who has been picked in the Indian ODI squad for the Australia tour next month, excelled with both bat and ball. After claiming three for 60 with the ball, he played a crucial innings of 41, adding 102 runs for the fourth wicket with Bist.

Nikhil Gangta slammed 39 from 28 balls as HP clinched a deserved victory in the final over to enter the semi-finals. 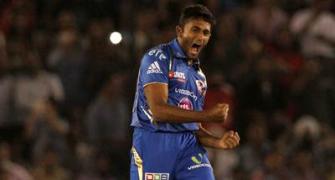 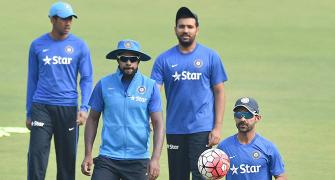 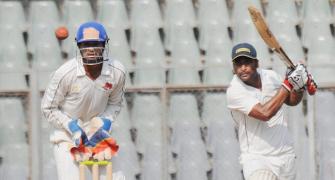 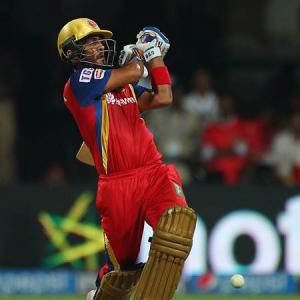 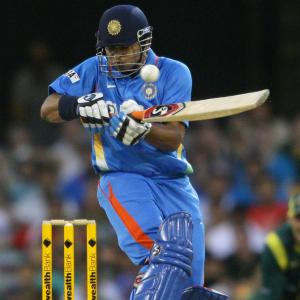