Punjab captain Harbhajan Singh has been fined 50 per cent of his match fee for showing dissent to the umpire's decision during the team's Ranji Trophy quarter-final match against Jharkhand in Jamshedpur, on Monday.

Match Referee Sunil A Chaturvedi said Harbhajan was fined for showing 2.13 level one misconduct (showing dissent to the umpire's decision) during the five-day knockout stage Ranji Trophy tie at the Keenan stadium.

The out-of-favour India off-spinner indulged in an argument with umpire CK Nandan (Karnataka) after the latter turned down his appeal for a catch while bowling to Sunny Gupta in over 108.4.

Harbhajan was summoned by the match referee and after a discussion for over 15 minutes, Chaturvedi slapped the fine on him.

Earlier, Harbhajan had bagged the wicket of Jharkhand opener Ramee Nemat, who scored his maiden hundred, which included ten boundaries, off 229 balls. 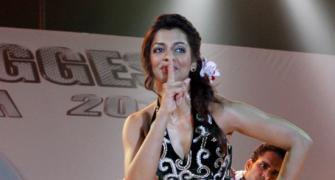 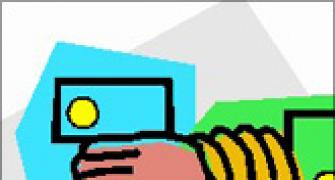 A fond good bye to Ashok Chaturvedi, an old friend