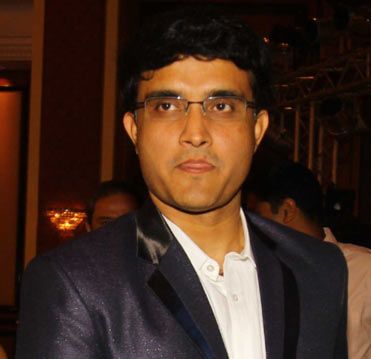 Former India captain Sourav Ganguly celebrated his 43rd birthday with family and friends in Kolkata on Wednesday even as wishes from the cricketing fraternity all over the world poured in on social media.

On the eve of his birthday, he had said, "Nothing new... This time, I'm in Kolkata and will spend the time with my family."

Ganguly, who represented India in 113 Tests and 311 ODIs, is one of India's most successful captains.

Leading the Men in Blue to the famous Natwest triumph in 2002, he was instrumental in instilling confidence and aggression in the side, a quality Indian teams lacked.

The Board of Control for Cricket in India was early to wish its ex-captain.

"Happy birthday @SGanguly99! Hope you have a #Royal day! #HappyBirthdayDada"

"Happy Birthday to one of @BCCI's finest batsmen of the 21st century, Sourav Ganguly!," it tweeted.

Anil Kumble, who shared the Indian dressing room with him, also wished 'Dada', as Ganguly is fondly called.

"Happy birthday to the man who captained #IND in 49 Test matches & won 21 of them(11 oversea wins). #HappyBirthdayDada," Mumbai Indians posted.

Happy birthday @SGanguly99! Hope you have a #Royal day! #HappyBirthdayDada," was the Royals tweet.