19-year-old Mustafizur Rahman played a key role in Bangladesh's first-ever ODI series win over India to claim the top spot in the MVP rankings for the series. Srinivas Bhogle and Purnendu Maji present the details. 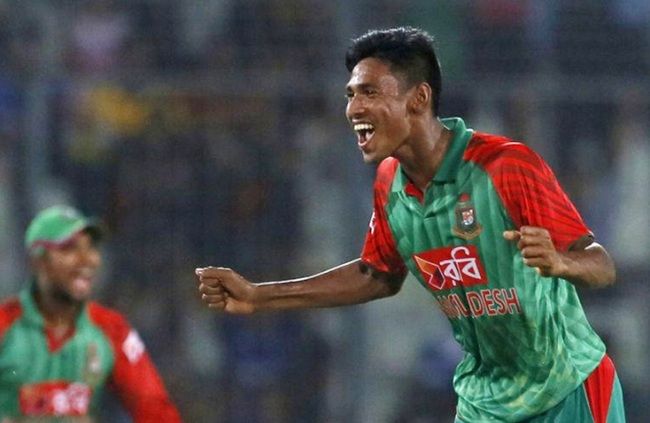 After his phenomenal bowling performance, -- 13 wickets at an economy rate of 5.1 -- which proved vital in Bangladesh's first ever ODI series win over India, it is not a surprise that Mustafizur Rahman is the most valuable player (MVP) of the three-match series.

The left-arm pacer took top spot with a staggering MVPI of 331 'runs', over 100 'runs' more than the next best Suresh Raina.

The most valuable player index (MVPI) formula picks out batsmen who score a lot of runs at a high strike rate, bowlers who take a lot of wickets at a low economy rate, and fielders who take the most catches or participate in run outs. MVPI expresses a player’s overall batting + bowling + fielding performance in terms of a 'run equivalent'.

Runs (scored) ' No of 4s ' No of 6s ' Strike rate ' W: Wickets taken ' Eco: Economy rate ' ' Catches, stumpings ' Run outs participated ' M: Matches played ' MVPI: Most valuable player index = sum of batting, bowling and fielding points '*Run outs are counted as 1 (wicket) for a direct hit, and 0.5 (wicket) if the fielder is an equal participant in a run out dismissal.