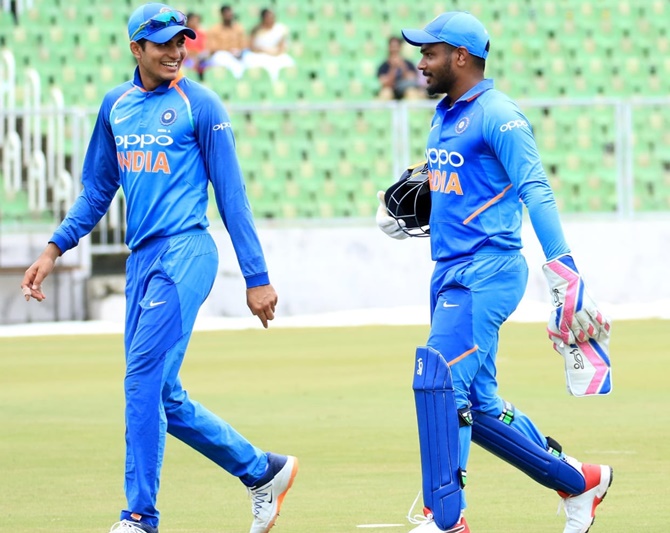 IMAGE: A big innings from Gill, will put him in contention for a spot in senior team. Photograph: Shubman Gill/Twitter

Young Shubman Gill was back in form with an unbeaten 66 after India 'A' bowlers set the platform, dismissing South Africa 'A' for 164 on the first day of the Unofficial Test, in Thiruvananthapuram, on Monday.

Gill, who has been an opener for Punjab in the longer format, played out Lungi Ngidi's (1/18 in 6 overs) first spell as he faced 108 balls, hitting nine fours and a six as India 'A' were in command reaching 129 for 2 at stumps.

With India looking out for an opener who can replace an out-of-form KL Rahul, a big innings from Gill, will put him in contention alongside Abhimanyu Easwaran and Priyank Panchal.

The youngster had two steady partnerships -- 48 for the opening wicket with Ruturaj Gaikwad (30) and 56 for the second wicket with Ricky Bhui (26).

This was after the bowling attack performed admirably demolishing the South Africans for a meagre score in 51.5 overs.

Pacer Shardul Thakur (3 for 29) and off-spinner Krishnappa Gowtham (3 for 64) were the pick of the bowlers. Left-arm spinner Shahbaz Nadeem was steady as ever (2/37).

After being drubbed 1-4 in the five-match ODI series, the South Africa 'A' would have hoped for a change in fortunes, but it was a tough day for them.

Sent in to bat by the host, the visiting side was jolted early when senior team opener Aiden Markram was caught behind by wicketkeeper Kona Bharat off Mohammed Siraj in the first over of the match.

After Siraj got the prized scalp of Markram, Thakur took over, dismissing the other opener Pieter Malan (0), Khayelihle Zondo (6) and the dangerous Heinrich Klaasen (0).

With South Africa 'A' tottering at 22 for 5 and the host bowlers being on target, Markram's side looked in danger of being bundled out for a double-digit score.

The Indian Cricketers' Association (ICA) on Monday invited former players to become members of the official body for male and female ex-cricketers in the country.

The deadline for application is September 21.

The ICA, which is recognised by the BCCI, was registered on July 5 earlier this year and came into being following the recommendations of Supreme Court-appointed Lodha panel.

The following is the eligibility criteria to become a member:

*Male and female ex-cricketers, who have played at least 1 International Cricket Match in any format of the game at the senior level.

*Male ex-cricketers, who have played at least 10 First Class Matches in any format of the game at the senior level.

*Female ex-cricketers who have played at least 5 First Class Matches, in any format of the game at the senior level.

The first ICA elections are scheduled to be held on October 11 under the supervision of the BCCI Electoral Officer.

The members of the ICA will elect the ICA board and representatives to the BCCI and BCCI Member Association governance bodies.

"The ICA is a monumental step towards protecting and advancing the interests of cricketers in India. The body will not only benefit former cricketers in the form of welfare measures but will also provide an avenue for cricketers to participate in the governance of cricket at both the BCCI and member association level,"  G K Pillai, Chairman of the Supreme Court-appointed Steering Committee said.

"What is particularly noteworthy is that the ICA gives a voice to both male and female as well as international and domestic ex-cricketers.

"We hope that retired cricketers take advantage of this opportunity and apply for membership to the ICA and help the ICA in becoming a substantial voice in the governance of cricket in India."

This Board will remain in place and operate till such time as the first ICA elections are held. 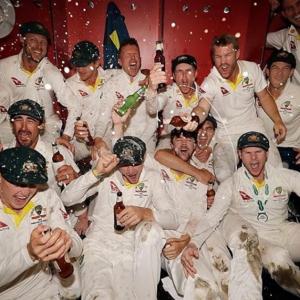 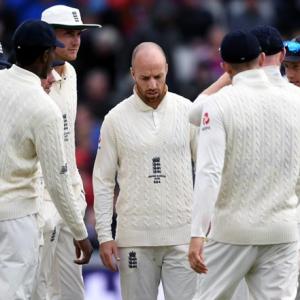