Gavaskar wants Ganguly to take over as interim BCCI president

'Remember, in 1999-2000 when Indian cricket was gripped by the match fixing saga, Ganguly was given the Indian team captaincy and he turned it around.' 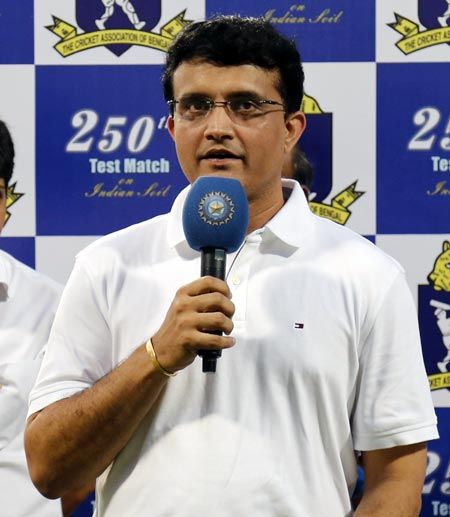 Legendary batsman Sunil Gavaskar backed former India captain Sourav Ganguly to take over as interim president of Board of Control for Cricket in India following the sacking of Anurag Thakur from the top post by the Supreme Court.

Thakur and Ajay Shirke were removed as BCCI president and secretary respectively on Monday by the top court for their failure to implement the Justice Rajendra Mal Lodha committee's recommendations on reforms in the Indian Cricket Board.

Following the duo's ouster, various names have cropped up to take over the reigns of the Board.

The Lodha Committee, in its initial recommendations, had stressed that former players should administer BCCI.

Asked to name a person who he thinks was suitable to take up the job of BCCI president on interim basis, Gavaskar said: "BCCI has got very good bench strength to take up the bigger rolls and one name that comes to my mind is Sourav Ganguly."

"Remember, in 1999-2000 when Indian cricket was gripped by the match fixing saga, Ganguly was given the Indian team captaincy and he turned it around," Gavaskar told NDTV on Tuesday.

A bench headed by Chief Justice T S Thakur in an order had said that as an interim arrangement, the senior most vice president of the Board would act as the president and the present joint secretary would assume the work as secretary.