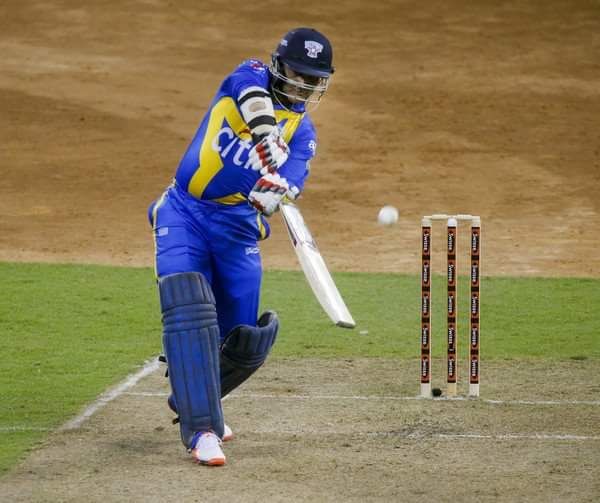 IMAGE: Sourav Ganguly in action during the All Stars League in the USA. Photograph: Bob Levey/Getty Images

Former Indian skipper Sourav Ganguly will miss the inaugural edition of the Master Cricket League after sustaining a back injury during a practice session.

Ganguly, who was to lead the Libra Legends team in the T20 tournament for retired greats of the game, had pulled out of the inaugural edition on the doctor's advice as he had sustained a back spasm during a practice match a few days ago.

According to the report in local daily Gulf News, the 42-year-old left-hander had hurt his back while turning for a single (during practice) and  doctors have advised him rest for at least two weeks and then review the condition.

The former Indian captain is, however, likely to be present at the Dubai International Cricket Stadium to spend some time with his teammates and also cheer them from the dugout, according to the report.

Speculation about the unavailability of Ganguly gathered steam when he missed the official captains' press conference, in Dubai, on Tuesday.