'We felt that seam isn't going to offer as much in terms of being a threat, it's more of a holding role.' 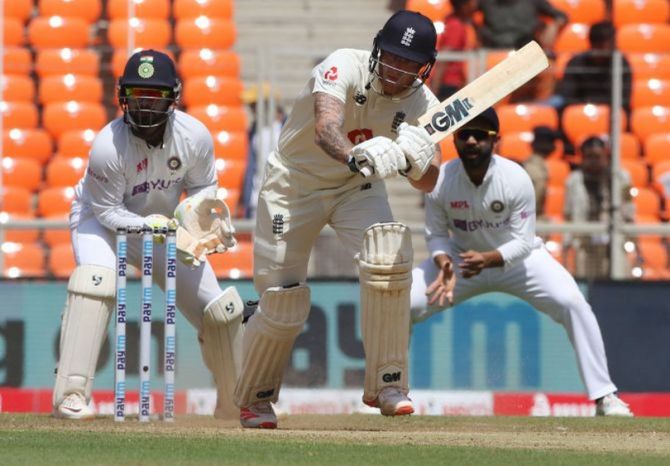 England all-rounder Ben Stokes found their below-par batting display frustrating but defended the team selection for the fourth and final Test against India in Ahmedabad on Thursday.

England shot themselves in the foot in the previous Test at the same venue when they opted for a four-pronged seam attack on a spin-friendly track and got beaten inside two days.

Scarred by that experience, Joe Root brought back off-spinner Dom Bess, along with specialist batsman Dan Lawrence, while quicks Stuart Broad and Jofra Archer missed out.

The team later said Archer was dropped because of an elbow injury but it meant England have effectively fielded a lone frontline seamer in James Anderson, while Stokes himself is battling an upset stomach.

"We felt that seam isn't going to offer as much in terms of being a threat, it's more of a holding role," Stokes said after England were all out for 205 on what appeared a good batting track at the Narendra Modi Stadium.

"It's definitely a better wicket than the last Test match.

"I think as the day progressed, you could see that the ball started to spin more, and had more bounce..."

In the previous match, spinners claimed 28 of the 30 wickets that tumbled in five sessions.

In contrast, India quick Mohammed Siraj dismissed a couple of English batsmen, while Anderson claimed the lone Indian wicket to fall on Thursday on a more seamer-friendly pitch at the same venue.

"We’re more than capable of scoring more than 300 on a wicket like that out here, it’s frustrating," Stokes said.

The England vice-captain top-scored for the tourists with a fighting 55 while Lawrence justified his recall with a fluent 46.

Stokes felt spinners Jack Leach and Bess would play important roles as the pitch deteriorates and also backed the decision to strengthen their batting order.

"Lengthening the batting line-up is something that we've taken away from the last Test match, having an extra batter in case we're faced with similar conditions," Stokes added.

© Copyright 2022 Reuters Limited. All rights reserved. Republication or redistribution of Reuters content, including by framing or similar means, is expressly prohibited without the prior written consent of Reuters. Reuters shall not be liable for any errors or delays in the content, or for any actions taken in reliance thereon.
Related News: England, Stokes, Dan Lawrence, James Anderson, Dom Bess
COMMENT
Print this article 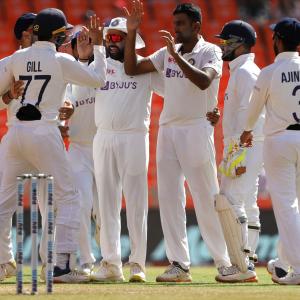 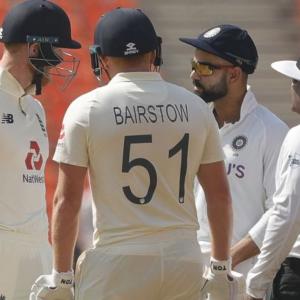