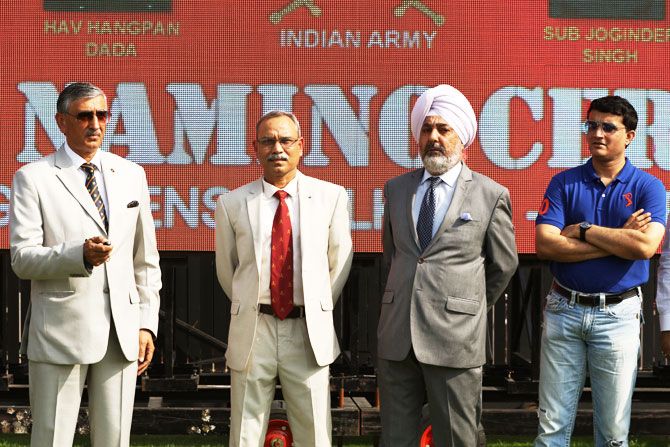 Four war heroes found a place of permanence in the hallowed corridors of the EdenGardens as the Cricket Association of Bengal named four blocks of the stadium in honour of the martyred soldiers on Friday.

In a stadium that stands on land owned by the Ministry of Defence, the formality was due after the Eden had named four stands after former India captain Sourav Ganguly, former BCCI Presidents B N Dutt and Jagmohan Dalmiya, and ex-India player Pankaj Roy.

Lieutenant General Praveen Bakshi, Eastern Army Commander, unveiled the name plate of Colonel N J Nair who was ambushed by 100 armed insurgents while negotiating a series of road bends on the Mokokchung-Mariani Road in Nagaland. He was awarded Ashok Chakra and Kirti Chakra posthumously.

Subedar Joginder Singh, who refused to evacuate despite being injured and held on a defensive position in NEFA and was awarded Param Vir Chakra posthumously, too found a place.