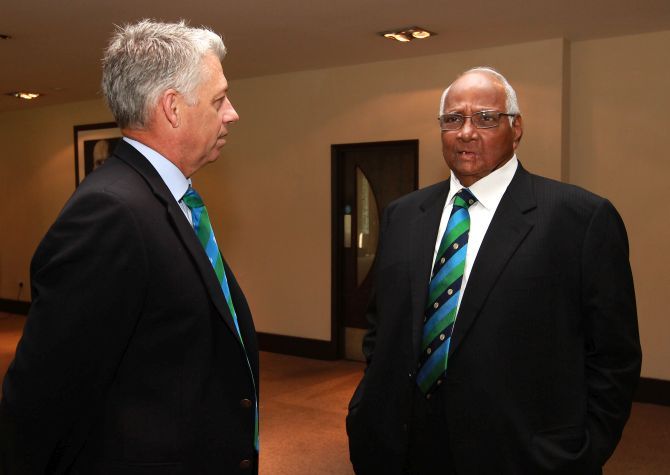 Former cricket administrators hailed the Supreme Court verdict of barring N Srinivasan from contesting any BCCI election on grounds of conflict of interest, saying that it will end malpractices while bringing transparency in the running of the game in the country.

Delivering its long-awaited verdict, the court held that the allegation of betting against Gurunath Meiyappan, a CSK team official and son-in-law of the BCCI president-in-exile and Rajasthan Royals co-owner Raj Kundra stands proved while the charge of cover up against Srinivasan "is not proved".

The SC also set up a judges committee under a former Chief Justice of India to decide on the punishment in the IPL scam that can threaten the future of Chennai Super Kings (CSK) and Rajasthan Royals (RR).

Former BCCI and ICC chief Sharad Pawar said the SC decision will bring to an end to all the unwanted things that have been happening in Indian cricket for some time.

"I am happy Srinivasan is out. Many things have been happening in cricket for so long and this verdict will help in ending them. The need of the hour is to bring a change in cricket set-up," he said.

Pawar, however, ruled himself out of taking up responsibility to lead the Board.

"Whether me or (another former BCCI president) Shashank Manohar are not personally interested but interested in helping the administrative set up of cricket," added Pawar, also a former Union Minister. 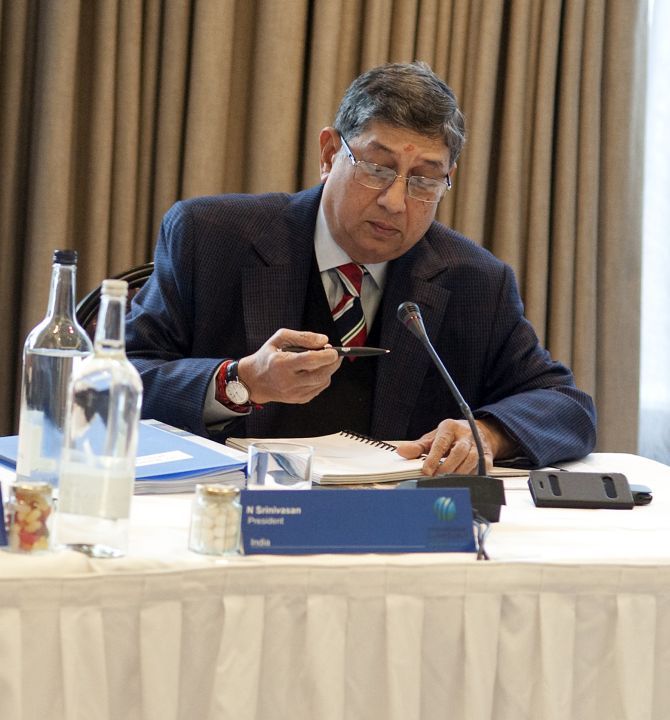 Another former BCCI chief AC Muthiah asked Srinivasan to quit as ICC president also. "He (Srinivasan) has to come out of ICC. How can he be there in ICC when he is not wanted in his own country?" asked Muthiah who had filed cases on conflict of interest in the BCCI in the courts.

"It's a landmark judgment. I find I have been vindicated for fighting the conflict of interest case for the last six years in Madras High Court and Supreme Court. This decision by the Supreme Court will bring in structural changes in the BCCI which would definitely result in the improvement of the gentleman's game," he added.

‘Putting entire blame on Srinivasan is not correct’ 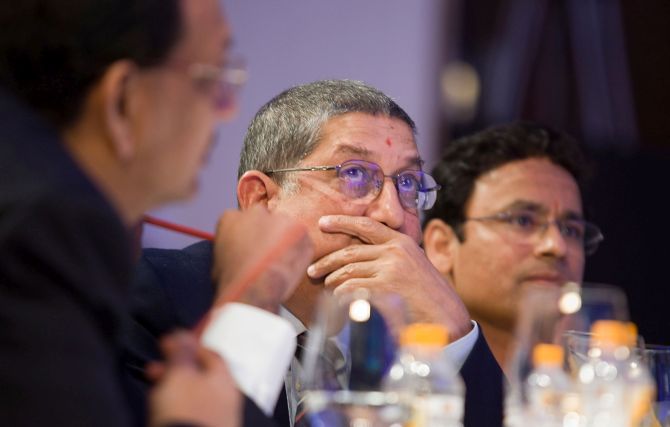 IS Bindra, another former BCCI president, said that the current office bearers of the Board should also be taken to task.

"The court showed no faith in BCCI and set up its own inquiry committee. All of them are guilty. People who did not take action for last -- months are equally responsible. Putting entire blame on Srinivasan is not correct as his office bearers are also equally responsible," Bindra said.

"It is a landmark ruling and a watershed in history of Indian cricket. The verdict will help curb malpractices. It will make the system more transparent, honest and free from fraud. Very few people spoke of what was happening and people who spoke were victimised and penalised. I paid the price for that but the price has been worth it all this while."

‘Srinivasan has been held guilty of trying to protect Meiyappan’ 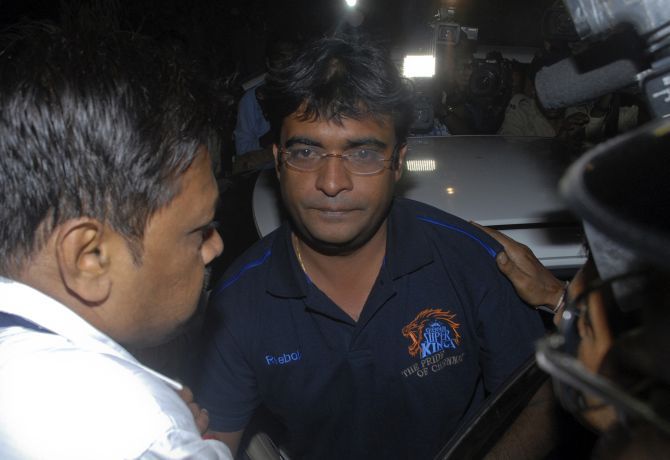 Petitioner in the case and Cricket Association of Bihar President Aditya Verma said that Srinivasan's future "is closed".

"Immediate future of Srinivasan is now closed because SC gave directions to BCCI to conduct elections within six weeks and Srinivasan is not eligible to contest due to conflict of interest," he said.

"Whatever the verdict be, man of the match will be the game of cricket. It is a gentlemen's game and people will know it the same way again," he said.

Asked about the Supreme Court giving a clean chit regarding the charge of cover up against Srinivasan, Verma said, "But he has been held guilty of trying to protect his son-in-law (Gurunath Meiyappan) and (Rajasthan Royals co-owner) Raj Kundra."

Former treasurer Ajay Shirke, who quit from the BCCI post in the wake of the IPL spot-fixing and betting scandal said, "The judgment will help in the running of the Board in a transparent and fair manner in future. But it is difficult to predict what Srinivasan will do."

‘Cricket is above all’ 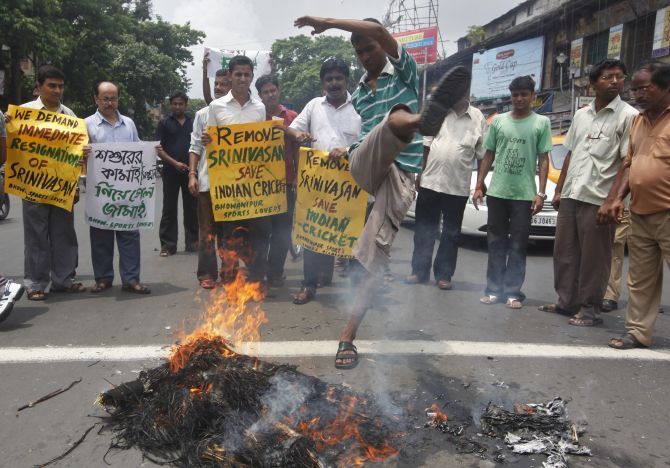 Former India opener Anshuman Gaekwad said, "You cannot challenge when the Apex Court gives its verdict. I'm not much into the case but will the BCCI becomes corrupt if somebody plays a mischief? It's like putting father behind the bars when son is the culprit! There has to be some logic," Gaekwad said.

"We never had such type of problem in the Indian cricket. There was allegations match-fixing in the in the late 1990s when I was the coach but we never got a hint of it as the team. We must understand all these problems are related to the IPL. That is how things have come up. All those found guilty must be punished so as to clean up cricket. We must understand the game should go on. Cricket is above all," Gaekwad said.