Foreign teams not keen on touring Pak just yet: Mani

Former ICC President Ehsan Mani says foreign teams are still reluctant to tour Pakistan because of the security situation in the country and it will take more time for international cricket to resume.

Mani said while he supported any efforts by the new Pakistan Cricket Board Chairman to try to improve relations with the ICC and other boards and work on the revival of international cricket in Pakistan he didn't see this happening soon.

"The thing is that teams still have issues and concerns with the prevailing security situation in Pakistan and are not keen to tour the country," Mani said.

"I recently met with an Australian diplomat and he said the same thing the Australians are still in no mood to come and play in Pakistan as they feel there is no improvement in the security situation in the country," he added.

The former ICC President felt that if the security situation in Pakistan remained stable without any major incidents for the next year or two than foreign teams would regain the confidence and agree to play in Pakistan.

No Test-playing nation has come to play in Pakistan since March, 2009 after terrorists attacked the Sri Lankan team in Lahore leaving six Pakistani policemen and a van driver dead.

The Australians not have toured Pakistan since 1998 because of the security situation.

The new PCB Chairman, Zaka Ashraf has said that his main priority remains to see the revival of international cricket in Pakistan as soon as possible. 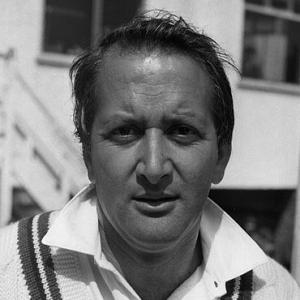