COVID-19 impact: Foreign players not available for IPL till April 15 due to fresh visa restrictions 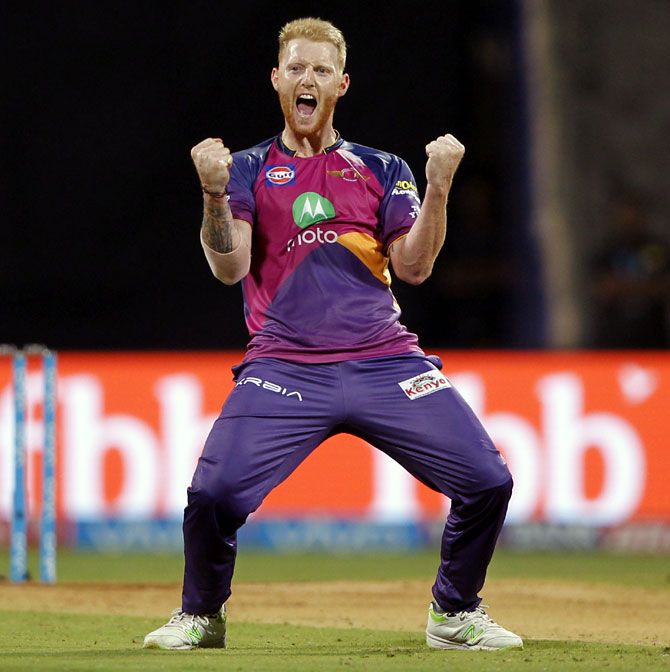 IMAGE: The BCCI seems jittery about the 60-odd foreign cricketers, who travel to India for the IPL. Photograph: BCCI

No foreign player will be available for this year's Indian Premier League till April 15 due to visa restrictions imposed by the government to contain the deadly novel coronavirus outbreak, a top Board of Control for Cricket in India source said on Thursday, casting fresh doubts on the fate of the event.

"The foreign players who play in the IPL come under the Business Visa category. As per the government's directive, they can't come till April 15," a BCCI source said on conditions of anonymity.

"All decisions will be taken by the GC in Mumbai," the source said.

The 'Details of Visas Granted by India' manual of the Ministry of Home Affairs states: "Foreign nationals who are engaged in commercial sports events in India on contract (including coaches) like Indian Premier League, Indian Soccer League, etc. with remuneration."

"They may be granted 'B-Sports' Visa with multiple entry facility for 13 appropriate period. Such a foreign national shall comply with all the statutory obligations like payment of taxes, etc."

The BCCI source said that the government's directive doesn't specifically exempt those with Business Visas.

"There is a clear distinction between employment Visa which has been granted exemption and the business visa. So it's better we don't take the risk."

Having the IPL played in empty stadiums is an option being explored but without foreign players, it will certainly lack the zing which makes it the most successful T20 event in the world.

"The Future Tours Program is such that if the IPL is postponed, most of the marquee foreign players might not be available as after this April-May, there isn't any window available. All other teams have bilateral commitments. At best, we can have it closed doors," the source said.

The Road Safety Legends T20 meet from Thursday will be held behind closed doors with matches in Pune cancelled due to eight COVID-19 cases being reported in the city.

The Maharashtra and Karnataka governments are already wary of organising home games of Mumbai Indians and the Royal Challengers Bangalore.