Focus on Shafali as India take on England in ODIs 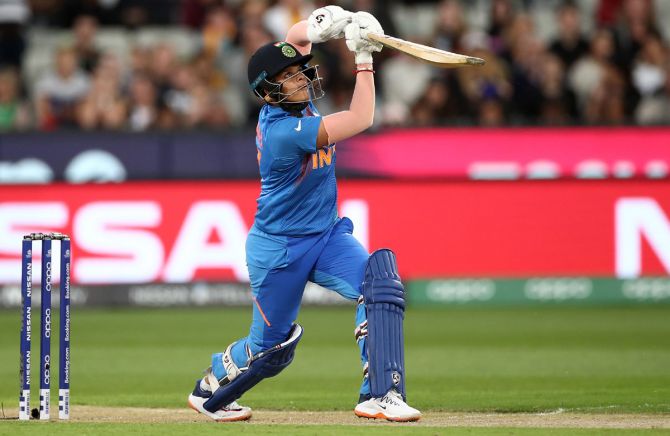 Teen sensation Shafali Verma is set to make her eagerly-anticipated ODI debut as the Indian women's team seeks white-ball course correction against a strong world champion English side in the first game of the three-match series, in Bristol, on Sunday.

The 17-year-old batting sensation, who has taken world cricket by storm, has so far played 22 T20 Internationals but was inexplicably not picked for the last home series against South Africa, with India witnessing disastrous consequences.

India lost 1-4 against South Africa and there was a lot of debate about Shafali's omission from that series.

However on Sunday, no such harakiri is expected to be committed by the Indian team management, which now understands Shafali's true value all the more after her stellar Test debut against England last week with scores of 96 and 63.

Her big-hitting prowess would certainly be of great value for the Indian team, which has lacked impact players save vice-captain Harmanpreet Kaur, who herself has not been in the best of form.

With defensive plodders like Punam Raut, skipper Mithali herself in the top-order, Shafali on her day could be the difference between a sub-par total of 200 and winning score of 235 to 240.

The manner in which Shafali hammered the likes of Anya Shrubsole, Katherine Brunt, Kate Cross, Nat Sciver and Sophie Ecclestone on her Test debut, the home team's coaching staff would certainly be burning the midnight oil to stop the new 'Haryana Hurricane'.

It would be interesting to check out India's team composition which came under a lot of scanner during the series against the Proteas.

Priya Punia had a moderate series against the South Africans at home and India have the option of rookie wicketkeeper-batter Indrani Roy, who was selected in the squad on the back of a great domestic 50-over tournament.

If Smriti Mandhana and Shafali open the batting, Indrani might have to wait for her chance as Raut, after a good show and sightly improved strike-rate, would love to come in at No 3, followed by her skipper and deputy Kaur at No 5.

All-rounder Deepti Sharma is a sure-shot at No 6 and the choice between Taniya Bhatia and Indrani could mean that the former would be slightly favourite after her second innings performance.

Among the pace bowlers, the economical Jhulan Goswami is an automatic choice and the remaining two will be picked among Shikha Pandey, Puja Vastrakar and Arundhati Reddy.

The Indian team had seen how Ecclestone with his wicket-to-wicket left-arm orthodox spin bowling troubled the Indians during the lone Test and hence either Ekta Bisht or Radha Yadav, with similar skill sets, might get preference.

In case, India decides to go with a third spinner, Sneh Rana with her batting capabilities and impressive off-breaks will be pitted against diminutive leg-spinner Poonam Yadav.

But Yadav's disastrous performance against South Africa, when she wicketless in five games, makes Rana a contender to make it to the playing XI.

For England, Sophia Dunkley, after her impressive Test debut last week, is set to get her maiden ODI cap but the batting would mostly depend on seasoned pros Tammy Beaumont, skipper Heather Knight and all-rounder Siver.