Focus on Jayant, Pandya in warm-up tie vs Bangladesh

The much talked about young duo of Ishan Kishan and Rishabh Pant will also be seen in action for India 'A' during the two-day warm-up match against Bangladesh, starting in Hyderabad, on Sunday. 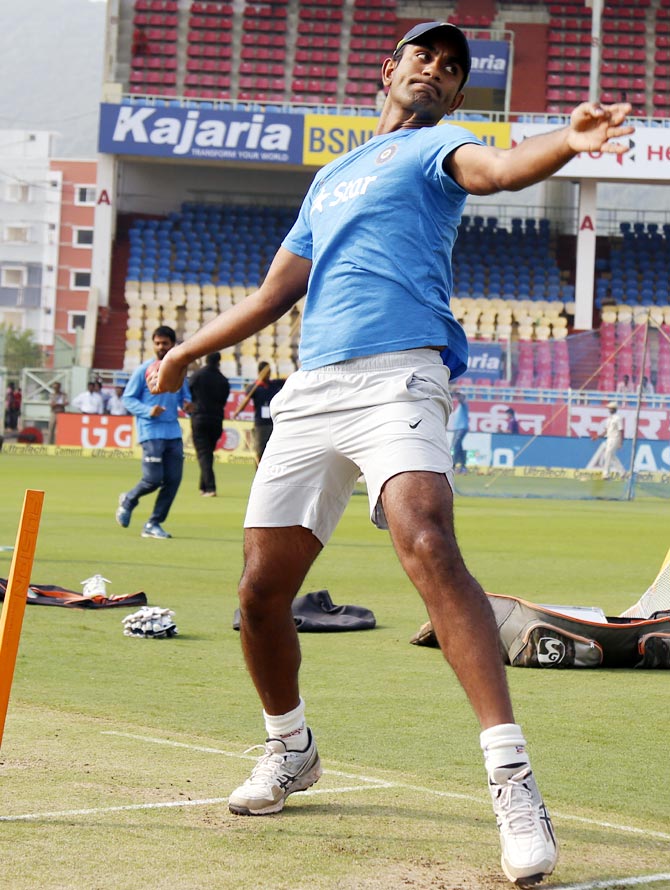 Hardik Pandya and a fit-again Jayant Yadav will be aiming to impress the Indian team management when they turn out for India 'A' in the two-day warm-up game against Bangladesh, starting in Hyderabad, on Sunday.

Hardik, who recovered from a shoulder injury sustained during the Test series against England, played in the ODI and T20I series against the same opponents, while Jayant played for Haryana in the just-concluded North Zone leg of the Syed Mushtaq Ali T20 Trophy.

The duo along with reserve opener Abhinav Mukund are the three players from the Test squad whose performance will be under focus at the Gymkhana ground as they take on Mushfiqur Rahim's men in the warm-up game, which will not have official first-class status.

Mukund's chances of making it to the playing eleven will only be possible if one between KL Rahul or Murali Vijay gets injured but this will be a high stake game for both Hardik and Jayant as Kohli and Kumble are likely to field one of them in the all-rounder's slot. 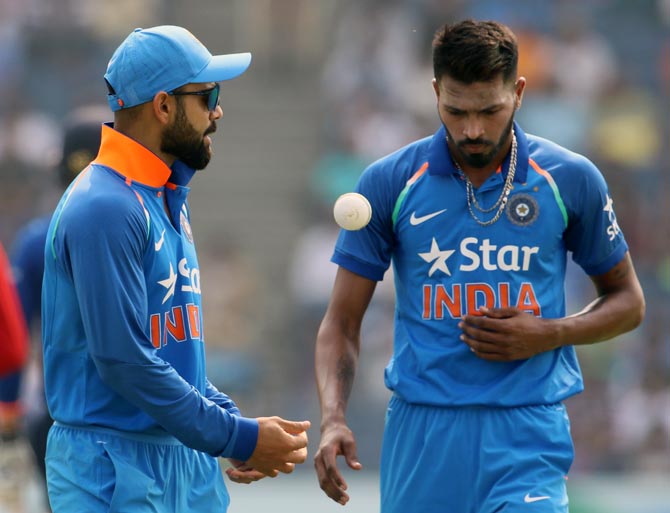 Having played white ball cricket for sometime, both will be eager to get some good game time especially long spells with the ball -- which is supposed to be their primary skill.

For Mukund, a good knock after a satisfying Ranji season will keep the openers on toes and he can also stake claim for third opener's slot when Australia come calling.

Ranji Trophy's top run-getter Priyank Panchal will have his first brush against an international attack as he will be facing the likes of Taskin Ahmed, Shakib Al Hasan.

The much talked about duo of youngsters -- Ishan Kishan and Rishabh Pant -- will also be seen in action.

Left-arm spinner Shahbaz Nadeem will get a chance to test his skills against the likes of Rahim, Tamim Iqbal and Mominul Haque.

Another interesting aspect will be what kind of performance the two left-arm seamers Aniket Chaudhary and Chama Milind put up. Post Zaheer Khan's retirement, India is searching for a left-arm pacer across all formats. While veteran Ashish Nehra is still doing it in shortest format, it is the five-day games where they would want some variations. 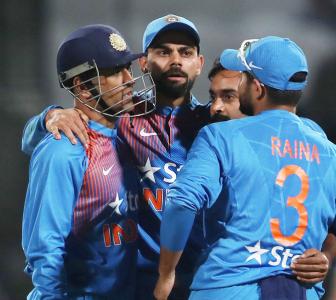 Kohli has veteran Dhoni's back and the youngsters' trust 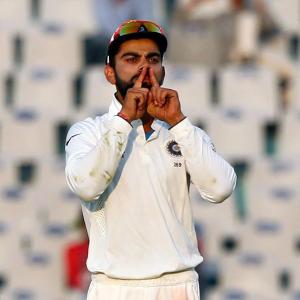 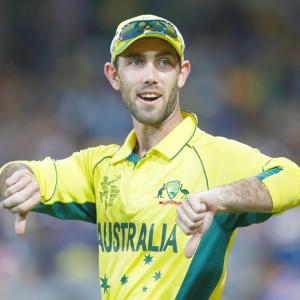