- England start as the favourites in the must-win clash for both teams, but India have a golden chance to reverse the trend and get into gear just before the World Cup. 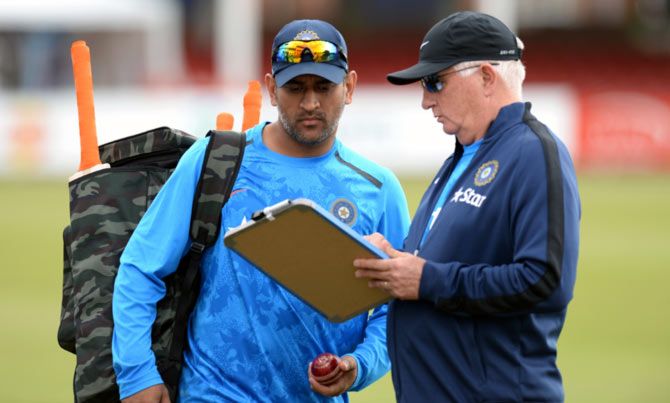 An under-fire India will be hoping to get their act together in the must-win ODI tri-series match against a better-placed England, in Perth, on Friday.

Lucky to share two points with Australia, who await their opponents in the final, in the washed out game in Sydney, the Mahendra Singh Dhoni-led side will not only try to address its bowling worries but also get its batting right.

India are still without a victory in the league stage. Their bowlers were unable to defend 267 in their first match against Australia, while they were shot out for a paltry 153 in the second game against England.

All eyes were on Rohit Sharma's fitness after the opener failed to play in the last two ODIs. He hit a fluent 138 in the team's opener against the hosts but the team management does not want to risk his strained hamstring so close to the World Cup.

After undergoing a fitness test, he batted in the nets for a while on Thursday and looked completely trouble-free, but is ruled unavailable for selection for the key match against England.

Ajinkya Rahane, who has shown flexibility, will again open the innings as the think-tank continues to tinker with the team's batting order.

Shikhar Dhawan's batting form has also contributed to India's dismal showing in the ODIs, The left-handed opener has scored just 11 runs in three matches, a big worry for the team before the World Cup.

He enjoyed a brilliant outing in the 2013 Champions Trophy in England, scoring back-to-back hundreds that helped him accumulate 363 runs in just five matches, at an average of 90.75. He won the man-of-the-tournament award back then, but ever since it has been downhill. 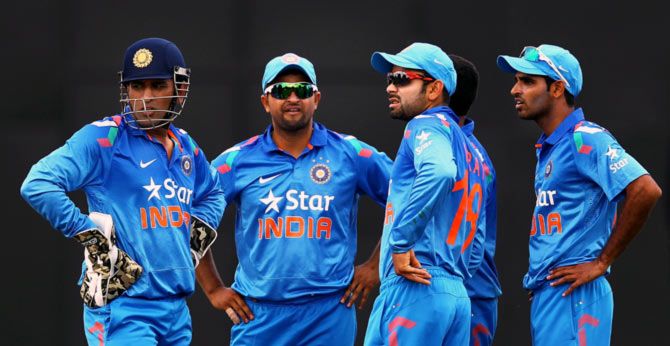 The rest of the cast also has not been consistent and Virat Kohli is still trying to find his groove at the No. 4 spot that the Indian think-tank seems to be settling him into despite Ambati Rayudu yet to convince at No. 3.

Even after getting a lot of stick from the Australian batsmen in the Test matches the bowlers still continue to leak runs without picking many wickets.

With Ishant Sharma, Bhuvneshwar Kumar, Umesh Yadav and Mohammed Shami still trying to find the right length all through the Australian summer, spinners Akshar Patel and Ravichandran Ashwin have also struggled to make an impact in the ODIs.

Ishant is expected to be given a run-in again after missing out due to the weather in Sydney after the ODI between India and Australia was called off due to rain.

A bowling all-rounder is what India is searching for and if Stuart Binny, who scored a valiant 44 and picked the only wicket to fall in a losing cause against England, can deliver if selected in the eleven then the Men in Blue will fancy their chances against England.

England also have had a patchy run in this tournament so far but certainly looked much better than India, at least with the ball.

Getting a bonus point against Dhoni and company in the nine-wicket win in Brisbane is their high-point so far, as they lost both their ODIs against arch-rivals Australia.

With five points from three games, they certainly have the upper hand in the knock-out game, but WACA is always a different ball game for any visiting side.

Their bowling, led by James Anderson, has made the right noises before the 50-over showpiece event, but the batting form of most of their top stars was inconsistent.

Opener Ian Bell, though, tops the run-scorers' list in this series so far, with 229 runs from three matches - a ton and a half-century.

All-rounder Moeen Ali not only provides England a good opening batting option, but gives the team vital breakthroughs with his wily off-spinners.

Thus, going by the performances so far, England start as favourites in the upcoming clash.

As for India, they have a golden chance to reverse the trend and get into gear just before the World Cup.