Pakistan claimed six wickets in the final session to bowl South Africa out for 253 on the opening day of the first Test at the Wanderers on Friday.

The visitors then had a Testing two-over spell before the end of play and closed on six without loss with Mohammad Hafeez and debutant Nasir Jamshed at the crease.

It was meant to be a double celebration for Graeme Smith on his 32nd birthday and his 100th Test as captain but Pakistan picked up wickets at regular intervals and were the happier of the two teams when stumps were drawn.

Having won the toss and chosen to bat on a wicket that provided plenty of early encouragement to the bowlers, the home team will be disappointed that all of their top six batsmen got starts without going on to make big scores.

They were pegged back first by the excellent seam bowling of Junaid Khan and later on by off-spinner Hafeez who picked up four for 16.

After a cautious start South Africa edged their way to 46 before a double strike pegged them back.

Alviro Petersen was caught for 20 at third slip by Hafeez off Junaid and four balls later Smith edged paceman Umar Gul to wicketkeeper Sarfraz Ahmed on 24.

A quickfire 79-run stand for the third wicket by Jacques Kallis and Hashim Amla steadied the ship before the heavyweight duo were removed by two excellent catches.

Kallis reached his 58th Test half-century before he was brilliantly snapped up by Asad Shafiq in the deep on 50 while Amla was taken in the gully by Azhar Ali off Younus Khan for 37. 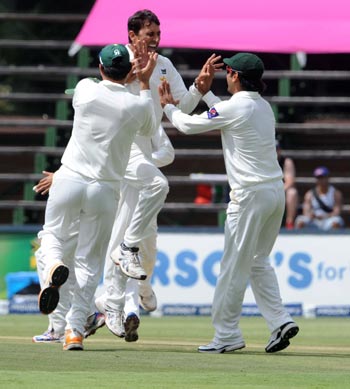 Faf du Plessis and AB de Villiers survived appeals for catches behind that Pakistan reviewed after they were given not-out by New Zealand umpire Billy Bowden.

De Villiers (31) was just getting into his stride when he finally did edge behind to Sarfraz off Hafeez in the off-spinner's first over.

With much of the juice having been drained from the pitch by the hot sun, Pakistan turned to spin from either end and were getting enough turn and bounce to slow down the run-rate.

That was until Dean Elgar, his confidence high after a maiden Test century last month against New Zealand, launched a counter-attack that included a massive six off Ajmal.

Junaid was then brought back into the attack and in his first over he removed Du Plessis for 41.

A well pitched-up delivery kept a little low and although the South African got plenty of bat on it with his forward defensive, the ball went back on to the stumps and dislodged a bail to make the score 232 for six.

Robin Peterson was next to go for a duck when he left a ball from Hafeez that turned and nudged the top of off stump.

Elgar's promising knock came to an end on 27 when he edged Hafeez down the leg side to Sarfraz.

Vernon Philander was then needlessly run-out for one attempting a second run before Morne Morkel was out for a duck, becoming Hafeez's fourth victim.

© Copyright 2020 Reuters Limited. All rights reserved. Republication or redistribution of Reuters content, including by framing or similar means, is expressly prohibited without the prior written consent of Reuters. Reuters shall not be liable for any errors or delays in the content, or for any actions taken in reliance thereon.
Related News: Mohammad Hafeez, Hafeez off Junaid, Pakistan, Sarfraz Ahmed, Jacques Kallis
SHARE THIS STORYCOMMENT
Print this article Philander back in SA squad for Tests against Pakistan 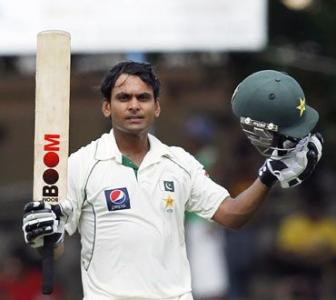 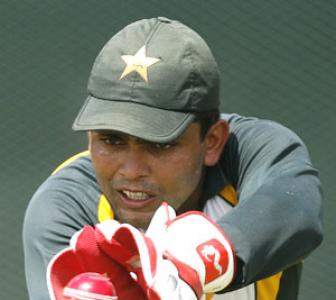 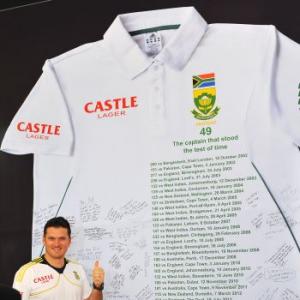