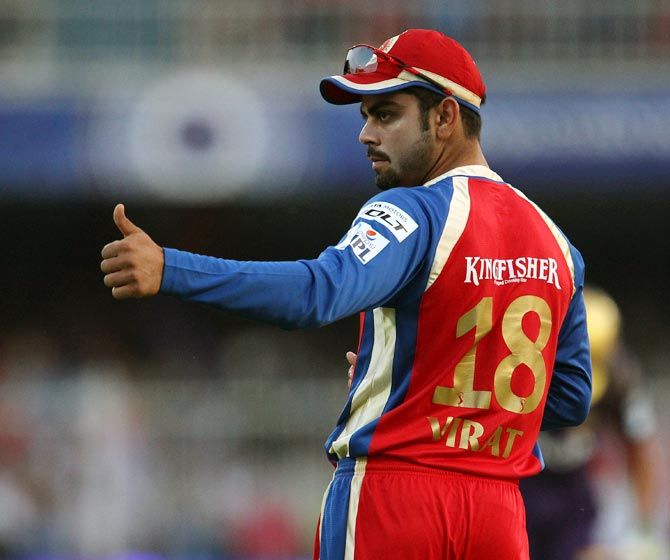 India Test skipper Virat Kohli was among the few cricketers who received a higher actual salary according to the salary details of the retained Indian Premier League players listed by the Board of Control for Cricket in India on Friday.

Kohli's actual salary in Royal Challengers Bangalore was listed as Rs 15 crore while the purse deduction amount was Rs 12.50 crore in the list put up by BCCI in its website, just days ahead of the Lodha Committee's reform report on January 4.

India's limited over skipper Mahendra Singh Dhoni, who was bought by Pune recently, however, had the same actual salary and purse deduction of Rs 12.50 crore while playing for Chennai Super Kings.

Among other Indians, Harbhajan Singh (Rs 5.50 crore vs 8 crore) and Ambati Rayudu (Rs 4 vs Rs 6 crore) were the top gainers according to the list put up by BCCI as a part of its recent attempts to ensure transparency.

This is the first time since the introduction of the retention system in 2010 that BCCI have disclosed the actual remuneration paid to the retained players. The retention system allows teams to sign a certain number of players from their squad ahead of the auction.