India have dominated the struggling Sri Lankans in the last few outings. They had also recorded big win against the visitors at Feroz Shah Kotla in New Delhi when they last faced each other at the venue in 2005.

Here is a factbox on the third and final Test between India and Sri Lanka beginning at the Feroz Shah Kotla Stadium in New Delhi on Saturday: 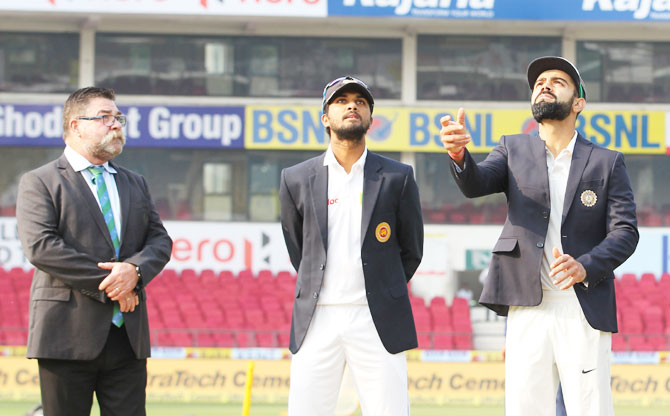 Beat Pakistan 2-0 in two-match away series

Lost to South Africa 3-0 in three-match away series

Last five Tests between the sides:

© Copyright 2020 Reuters Limited. All rights reserved. Republication or redistribution of Reuters content, including by framing or similar means, is expressly prohibited without the prior written consent of Reuters. Reuters shall not be liable for any errors or delays in the content, or for any actions taken in reliance thereon.
Related News: INDIA, Sri Lanka, Feroz Shah Kotla, Dinesh Chandimal, New Delhi
SHARE THIS STORYCOMMENT
Print this article 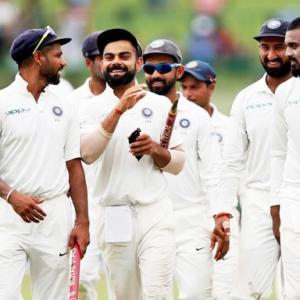