Factbox on New Zealand captain Brendon McCullum, who on Tuesday announced his decision to retire from all forms of international cricket in February 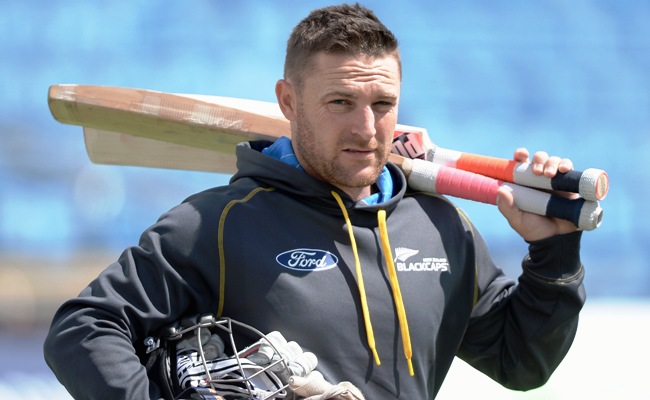 * Brendon Barrie McCullum was born on Sept. 27, 1981 in Dunedin, Otago and hails from a cricketing family. His father, Stuart, played first-class cricket for Otago while his brother, Nathan, has represented New Zealand.

* He made his New Zealand debut as a 20-year-old batsman in an one-day international against Australia at Sydney.

* His Test debut came two years later against South Africa in Hamilton and the 34-year-old has gone on to play 98 more Tests for New Zealand on the trot.

* McCullum has scored 6,273 Test runs with 11 hundreds, including the only triple century by a New Zealand batsman, and 31 half-centuries at an average of 38.48. His highest Test score of 302 came against India last year.

* He has also taken 194 catches, mostly wearing the gloves, and 11 stumpings. He has not kept wickets in Tests since 2010 and dismissed Pakistan's Sarfraz Ahmed caught and bowled last year for his only international wicket.

* A hard-hitting batsman who is almost unstoppable when on song, McCullum has scored 5,909 runs in 254 one-day internationals with five tons and 31 fifties. He has a highest score of 166 in the 50-over format with 258 catches and 15 stumpings.

* The right-handed batsman is probably the most destructive in the shortest format and is the only player with two international hundreds in Twenty20 cricket. He also has the second-highest score in Twenty20 cricket across the world, an unbeaten 158 in the Indian Premier League.

* McCullum was named captain of New Zealand in all formats at the start of 2013, taking over from Ross Taylor.

* He led New Zealand unbeaten through seven Test series until the recent reverse in Australia, and to a first 50-overs World Cup final last year where they were again beaten by their trans-Tasman Sea rivals.

* McCullum's inspirational leadership was reflective of his own aggressive approach at the crease and he was widely credited with New Zealand's successful World Cup campaign, where they stormed to the final on the back of an attacking brand of cricket that won them fans around the world.

* New Zealand have also remained unbeaten in 13 Tests at home under McCullum.

* He will retire after the two home Tests against Australia in February with the second match, which starts at Hagley Oval in Christchurch on Feb. 20, being his last.