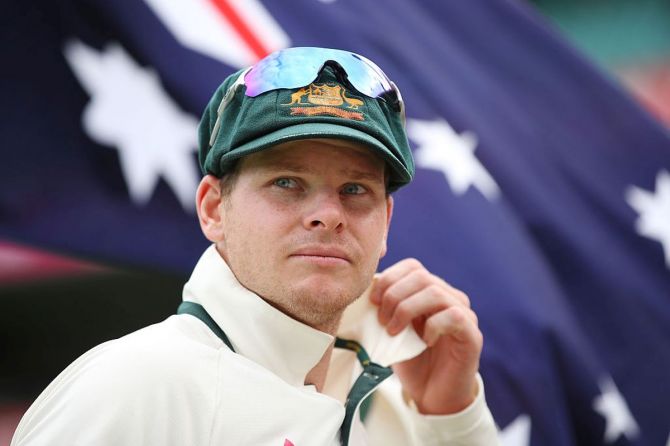 Former skipper Mark Taylor has backed the appointment of Steve Smith as Australia's vice-captain more than three years after he was stripped of the captaincy for his involvement in the Newlands ball-tampering scandal.

Smith has returned to a leadership role as deputy to newly installed captain Pat Cummins, who was promoted from the vice-captaincy position when Tim Paine quit earlier this month due to his involvement in a "sexting" controversy.

Taylor, who captained Australia in 50 Tests from 1994 to 1999, acknowledged Smith's return would not be universally popular but said it could help make amends for his involvement in the incident in South Africa in 2018.

"He'd be foolish to think he'll ever win everyone back again," Taylor told the Sydney Morning Herald.

"I don't think he'd be too disappointed, he may well have wanted to become captain again, but I don't see Steve Smith at home bashing the desk.

"He's got an opportunity now to be involved in the game as a leader, albeit not as openly.

"I think if he does a lot of good things, which I'm sure he will for Australian cricket, it will even help heal the wounds from Cape Town nearly four years ago."

Smith was captain during the episode that became known as "Sandpapergate" when he, David Warner and Cameron Bancroft were disciplined for ball-tampering during the third Test against South Africa.

The 32-year-old was stripped of the captaincy and handed a 12-month ban from internationals as well as a two-year suspension from leadership roles, which he completed last year.

Cummins, who has become the first fast bowler to be named Australia captain in 65 years, requested Smith be given the vice-captaincy when he was promoted to the senior role and Taylor expects the leadership dynamic to differ from the past.

"I think he's handling it the right way," Taylor said of Cummins. "This is going to be very different. I think all of us ex-captains, in a way we've had a similar type plan - the captain runs the cricket team.

"Straight away Pat's already setting the ground rules that this will be different, so all of us who have an opinion on how the Australian cricket team should be run have to think a little bit differently because this will be a changing of the guard."