News
Business
Movies
Sports
Cricket
Get Ahead
Money Tips
Shopping
Sign in  |  Create a Rediffmail account
Rediff.com  » Cricket » 'Everyone is really excited about this fresh beginning for India'

'Everyone is really excited about this fresh beginning for India' 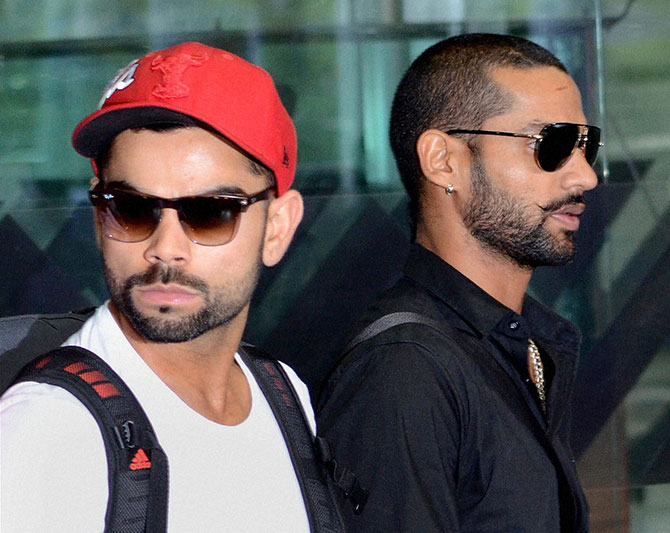 Not quite convinced about the idea of counting the positives after a lost match, India's new Test captain Virat Kohli has said the days of learning are long over and his cricket team would be solely focused on delivering results.

Addressing a pre-departrure press conference in Kolkata ahead of the tour of Bangladesh, which starts with a one-off Test from June 10, Kohli said his focus is on results.

"We have learnt a lot, I don't think we need to play with a mindset of playing to learn. Obviously, we learn about the game all the time, even when we are watching it on TV.

"But we have played long enough now, we know what we want to achieve as a unit. So, we really want to achieve rather than go out of a match thinking what we have learnt from it," Kohli said when asked about his expectations from the team.

'The team is looking in good shape' 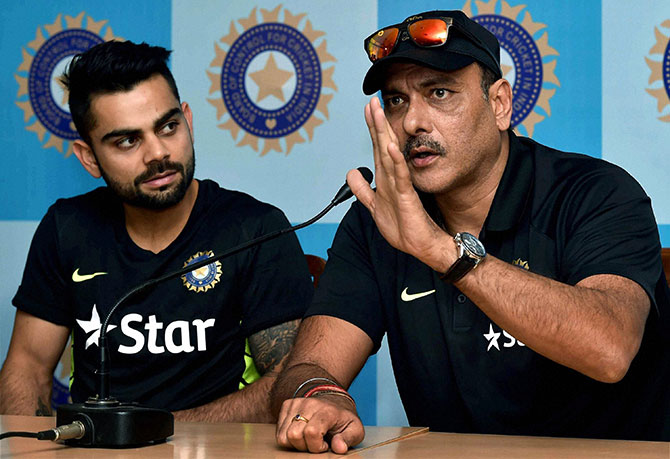 Insisting that the team is in good shape for the Bangladesh tour, which will also have three ODIs, Kohli said fitness is a prime concern to ensure that his side keeps a steady look.

"The team is looking in good shape. We conducted a fitness test yesterday because we feel that fitness is one area where we need to strengthen," he said.
"Everyone is really excited for a fresh beginning. I am certainly excited about leading the team," he added. On his own expectations from the short tour, Kohli said he is looking forward to strategise for the grueling Test format.

"I have captained teams before. At a certain level, you learn while doing the job. Tests are a difficult ball game compared to ODIs or T20s because you have to strategise for a whole day in one go," he said.

"I have learnt a lot while captaining in Australia. The team's skills are good and I am looking to continue with the consistency. It's all about how you improve on your mistakes," he added referring to his stint Down Under when he took over captaincy after the shock retirement of Mahendra Singh Dhoni
from the format.

'I feel personal performances should not be the goals' 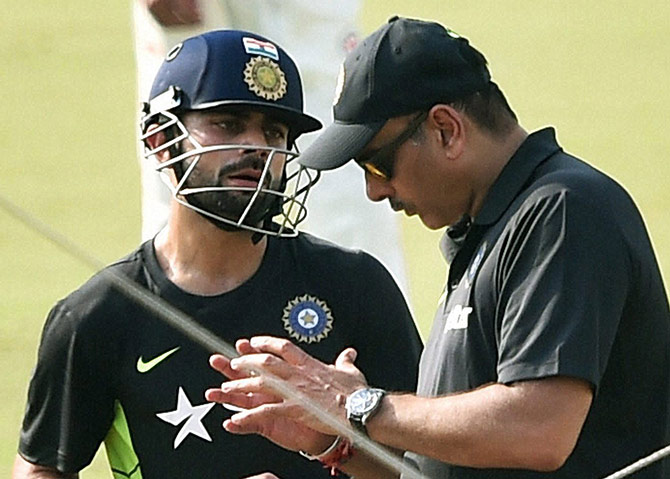 On his long-term goals as captain, Kohli said he wants to create a vibrant dressing room.

"I don't have personal goals and I feel personal performances should not be the goals. A particular batsman might get a hundred in a losing cause which is not a good feeling. So the primary focus has to be winning the game for the team. Mindset will always be to win the game first," he asserted.

On whether there would be any residual tension with the Bangladeshi team owing to the World Cup match in which they had accused the umpires of favouring India, Kohli said there would be no such grudge.

"We have had issues in the past, those are left behind. They have moved forward, we have move forward. I don't think there would be any memory. There won't be any grudges against the opposition. It's simply going to be go out there and practice our skills," he said.