England's tour game to be moved to DY Patil over security

The second warm-up game of the England on their forthcoming tour to India has been shifted from the Mumbai Cricket Association's Bandra Kurla Complex (BKC) ground to D Y Patil stadium in Navi Mumbai.

MCA president Ravi Savant said in Mumbai on Wednesday, "We met BCCI president N Srinivasan this morning and he has agreed to our request to shift the second warm-up game of England from BKC to D Y Patil stadium."

The shifting of the match scheduled from November 3-5 was necessitated as there were a lot of security issues relating to MCA's BKC ground, said Savant.

"There were a lot of security issues raised by the Mumbai police about holding the match at BKC. They highlighted these security concerns in a letter to us and we decided the best option was to shift the match to D Y Patil stadium in Navi Mumbai, which also comes under our jurisdiction," he said.

This is one area where lot of people from the suburbs and from in and around Navi Mumbai can come and see the England team in action which otherwise they won't be able to do, he said.

The BCCI president was magnanimous enough to accede to our request, Savant added.

He said that once a match is allotted by the BCCI to an association, it is the association's prerogative to hold it at a venue which is preferable.

"I don't know why BKC was chosen earlier, but once the representatives of the England and Wales Cricket Board arrived in Mumbai to inspect the venues of the matches, I wrote to the Board that the match be shifted to D Y Patil stadium," Savant said.

The BKC ground also lacks facilities for spectators as there are no toilets and eateries to cater to their needs. Also, there are no proper media facilities, Savant said.

playing three warm-up tour games -- two in Mumbai and the third in Ahmedabad, venue of the opening match of the rubber.

England's tour opener is scheduled from October 30 to November 1 at the Cricket Club of India's Brabourne Stadium and the third game is to be held on a ground, just outside the Sardar Patel Stadium at Motera from November 8-11.

The opening Test is scheduled at the Motera main stadium from November 15-19 with the subsequent Tests scheduled in Mumbai, Kolkata (Dec 5-9) and Nagpur (Dec 13-17).

England would play two T20 Internationals against India on December 20 (Pune) and December 22 (Mumbai) prior to departing home for the Christmas and New Year break, before returning to play in a five-match ODI series in January 2013. 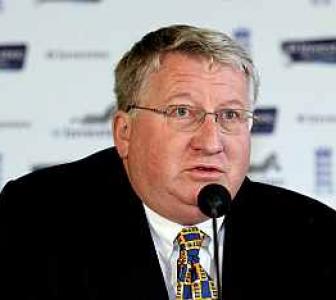