‘Whilst we understand and respect Eoin and Alex's decision, we are disappointed that they have made themselves unavailable for selection for the Bangladesh tour’ 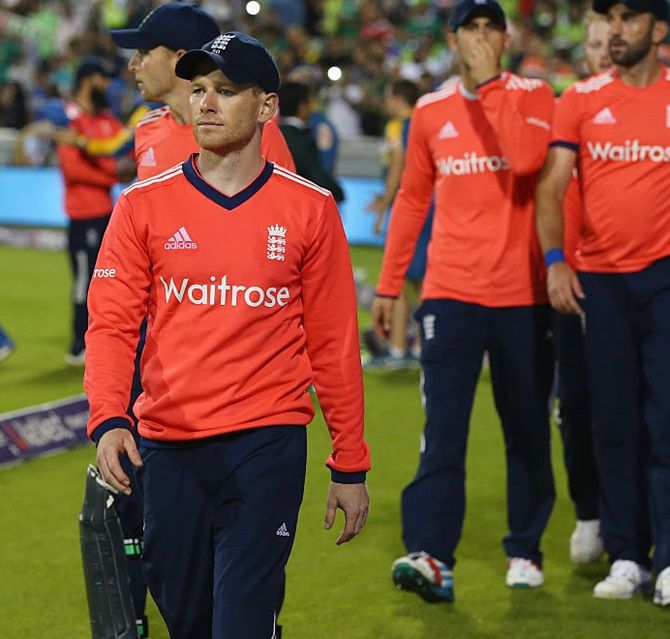 England's one-day international captain Eoin Morgan and batsman Alex Hales will not tour Bangladesh due to security concerns, the England and Wales Cricket board (ECB) announced on Sunday.

A recent risk assessment by ECB's security delegation deemed that the South Asian country was safe for the five-week tour to proceed, after concerns were raised following an attack by gunmen on a cafe in Dhaka which killed 22 people in July.

England are due to arrive in Bangladesh on Sept. 30 for three-one day internationals and two Tests.

"Whilst we understand and respect Eoin and Alex's decision, we are disappointed that they have made themselves unavailable for selection for the Bangladesh tour," director of England cricket Andrew Strauss said in a statement.

"We have had open and honest conversations with all the players about the security arrangements in Bangladesh and at this stage we are not expecting any other individuals to withdraw from the tour.

"Final selection for the Bangladesh tour will now take place on Friday."

Wicketkeeper Jos Buttler will lead the ODI side in Morgan's absence, the statement added.

After the Bangladesh series, England travel to India in early November for a five-Test series.

"It has been a really difficult decision about whether to tour Bangladesh but on balance I believe it's the right thing to do and I have told the ECB that I am ready to go," he said in his column in the Daily Mail.

"It's been on all of our minds since July when the attack happened in Dhaka and none of us have taken our decisions lightly."

Last year, Australia pulled out of their tour to Bangladesh over security concerns and did not compete in the under-19 World Cup hosted in the South Asian country for the same reasons.