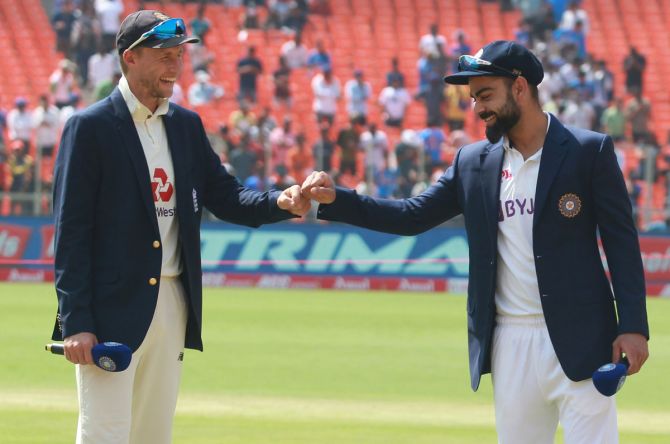 The five-match Test series between India and England, starting on August 4, will start the second cycle of the ICC World Test Championship (WTC).

India and England will be locking horns in the first Test from August 4, while Australia will hosts England in five Tests later this year in the Ashes.

These tours will be the only two series having five Test matches in the second WTC cycle from 2021-23, according to a report in ESPNCricinfo.

Australia will tour India later this year for a four-Test series, the report added.

The ICC has not yet decided on the schedule and the venue for the final of the second World Test Championship.

The teams will play three home and as many away series, and the tours which were postponed due to the COVID-19 pandemic in the opening WTC cycle will not be carried forward.

ICC has decided to give each Test the same number of points irrespective of the number of matches in a series.

The winning team will give 12 points, while a tie will get them six points and a draw will earn both teams four point each. Also, one point will be deducted for slow over rates.

"Teams will be ranked on the percentage of available points they won from the matches they have played.

"The aim was to try and simplify the points system and to allow teams to be meaningfully compared on the table at any point, though they may have played differing numbers of matches and series," he said.