The Board of Control for Cricket in India, on Thursday, made a slight change in the itinerary for the five-match One-Day International series between India and England because of the weather conditions in January.

Dharamsala was scheduled to host the fourth ODI on January 23, while the fifth and final one was to be held at Mohali on January 27. But the dates of the two matches have now been swapped.

Also, the Dharamsala match has been changed to a day game and will begin at 0900 IST instead of the previous timing of 1400 IST, taking into account the wintry conditions in north India.

"These revisions have been made taking into account the cold evening temperatures that will prevail in Mohali and Dharamsala in late January. Since 27 January also happens to be a Sunday, a 'day' game in Dharamsala will give cricket-lovers the best chance to savour the encounter," the BCCI said.

The Mohali ODI timing has also been revised; the January 23 match will begin at 1200 IST.

The session timings of the Mohali ODI are:

England begin their India tour on October 30 with the first of three practice matches, followed by the first Test in Ahmedabad on November 15.

Mumbai hosts the second Test, starting November 23, before the third and fourth Tests at Kolkata (December 3-5) and Nagpur (December 13-17) respectively. 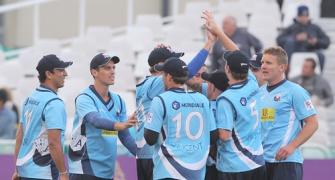 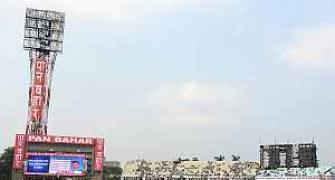 England's tour game to be moved to DY Patil over security