Statistical highlights of the third One-Day International between India and England in Ranchi on Saturday.

# Kohli averages 60.46 while chasing in ODIs, amassing 2600 in 53 innings. His tally includes eight hundreds and 14 fifties.

# Kohli has been adjudged the Man of the Match 13th times in ODIs. His previous award against England was for posting an unbeaten 112 at Feroz Shah Kotla on October 17, 2011. 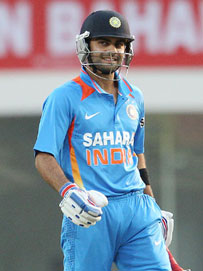 # India won the game with 131 balls to spare -- their biggest in terms of balls remaining against England in ODIs, obliterating their victory by four wickets with 123 balls remaining at Jaipur on October 15, 2006.

# India's well-deserved seven-wicket victory is their 45th in 84 matches against England -- success per cent 56.79.

# Ravindra Jadeja (3/19) registered his second best bowling figures against England in ODIs, next only to the four for 33 at Eden Gardens on October 25, 2011.

# Virat Kohli, during his match-winning knock, completed his 4,000 runs in 93 innings - the second quickest in ODIs, next only to 88 by West Indian, Vivian Richards.

# With his 76th victory as captain, Dhoni emulted Sourav Ganguly's feat in ODIs. 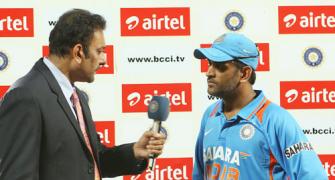 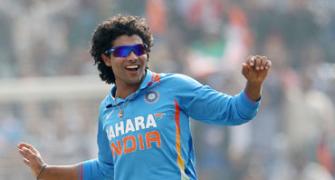 We have a perfect bowling all-rounder in Jadeja: Dhoni 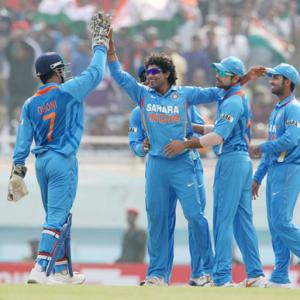 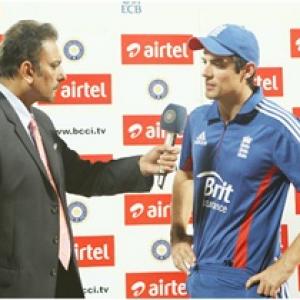 It is frustrating to get decisions without DRS: Cook