Beginning of the end for Tendulkar, Ponting?

Sachin Tendulkar and Ricky Ponting dominated the best of bowlers in their prime, but age seems to be catching up with the two veterans.

The two players have hit a rough patch this year with a string of poor scores in their last five Test matches.

While it is clear that the two players are in the twilight of their career, they seem to be going out on a low.

While Ponting has managed just 166 runs at an average of 18.44 in his last five Tests with just one fifty, Tendulkar has fared no better.

The veteran Indian has managed just 130 runs in five Tests at an average of 16.25.

A look at their records in the last five matches. 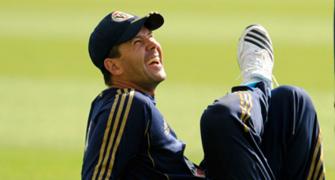 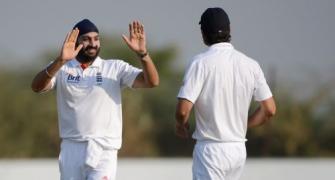 Panesar delighted to 'get Prince of India Tendulkar out'