Virender Sehwag was on Sunday expectedly dropped from the Indian squad as the national selection committee decided to include in-form Cheteshwar Pujara for the One-Day International series against England, starting at Rajkot on January 11.

The squad has been selected for the first three ODIs and all the other members of the squad that played against Pakistan were retained. Two other non-performers Gautam Gambhir and Rohit Sharma, however, held onto their places despite a string of failures during the past few months.

Sehwag's axe comes on expected lines as he had managed to score only 238 runs in his last 10 matches with a single half-century at an average of 23.8.

There were enough hints about his exclusion once the team management decided to drop him from the playing eleven for the third and final ODI against Pakistan in Delhi, on Sunday. Gambhir managed to stay in the team as selectors didn't want to risk dropping two senior openers keeping the Test series against Australia in mind.

Sehwag has the highest individual score of 219 in ODIs and has tallied 8273 runs from 251 ODIs with 15 centuries. But at the age of 34 with slowing reflexes and problem with the incoming delivery, it will be very difficult for the dashing opener to make comeback into the team in the limited overs format.

Pujara, who has been in terrific form having scored 761 runs in nine Tests with three centuries has also been a prolific limited overs player for India A and Saurashtra.

In the last edition of Challenger Trophy, he had scores of 158, 124 and 78 while leading the India B team. He has so far played 61 List A matches having scored 2735 runs with eight tons and a whopping average of 56.97.

A look at the squad will suggest that Ajinkya Rahane will now get atleast three matches to consolidate his place in the squad while the selectors will certainly keep an eye on Murali Vijay after his good show against England in the warm-up game.

The bowling squad remains unchanged with the trio of Bhuvneshwar Kumar, Shami Ahmed and Ashok Dinda having done a commendable job in the limited overs series against Pakistan considering their limited exposure to international cricket. The experienced among the fast bowlers Ishant Shanta has also managed to hold to his place.

Ravichandran Ashwin, Ravindra Jadeja and Amit Mishra are three spinners in the side led by Mahendra Singh Dhoni.

The selection of Rohit despite his repeated failures continues to baffle one and all as he has got more than 100 chances to represent the national team (ODIs and T20 included) but never delivered according to his potential.

While senior off-spinner Harbhajan Singh continues to be ignored, Zaheer Khan, who is nursing an injury before he was  dumped, is also not expected to make a comeback in the shorter format very soon. 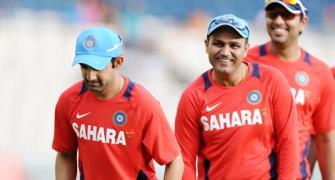 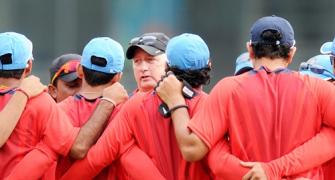 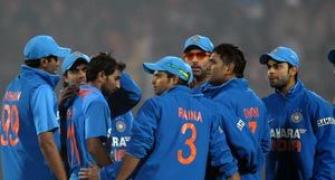 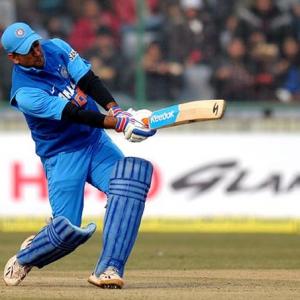