Talented middle-order batsman Cheteshwar Pujara on Monday said that he would grab the opportunity with both hands if he gets a chance to play against England in the One-Day International series starting in Rajkot on January 11.

This is Pujara's maiden call-up to the One-Day squad after having impressed in the Test series against England.

"It's every cricketer's dream to play all versions of the game. The selection in ODI is a dream come true for me. I have done well in Test cricket and will try to give my best in limited overs cricket too. I will grab the opportunity with both hands if I get a chance to play against England," said Pujara, who is playing for Saurashtra in the ongoing Ranji Trophy quarter-final match against Karnataka.

Pujara has played nine Test matches so far in which he made 761 runs with three centuries including a double hundred with a healthy average of around 58.

The talented right-hander has done well in the limited overs matches in domestic cricket to prove his versatility.      He aggregated 361 runs in NKP Salve Challenger Trophy played in Rajkot in December in which he struck back-to-back centuries and finished the tournament with an impressive strike rate of 107. 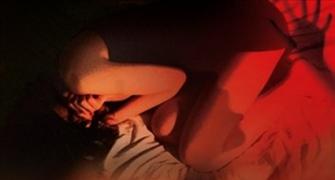