England reveal Test squad for the tour of Pakistan IMAGE: Keaton Jennings gets back on the England Test squad for the first time since February 2019 Photograph: Paul Childs/Reuters

Lancashire duo Keaton Jennings and Liam Livingstone, have been called up to the England squad for their three-Test tour of Pakistan starting in December, but veteran fast bowler Stuart Broad misses the trip.

There is also, a first Test call-up for Surrey all-rounder Will Jacks after an impressive summer in which he impressed with the bat and off-spin, helping Surrey win the County Championship Division One title.

Nottinghamshire seam bowler Broad was not considered for selection, with his partner expecting their first child towards the end of November.

The 36-year-old, who returned to the England squad, under the new leadership of coach Brendon McCullum and captain Ben Stokes, helped the team win six of their seven Tests this summer by taking 29 wickets.

Broad's absence is softened by the return of Durham's Mark Wood, included in the squad for the first time since March, while Surrey quick Jamie Overton is in after making his Test debut earlier against New Zealand, at Headingley in June.

"We are looking forward to touring Pakistan as a test team for the first time since 2005. It will be a historic tour and a compelling series against a good side. The selectors have picked a squad for the conditions we can expect in Pakistan. There is a strong blend of youth and experience amongst the players who will adapt well to the types of pitches we are likely to get across the three-match series." said Rob Key, Managing Director for England Men's Cricket. "

The first of three Tests between Pakistan and England gets underway in Rawalpindi on December 1.

England Men's Test squad for their tour of Pakistan

© Copyright 2023 Reuters Limited. All rights reserved. Republication or redistribution of Reuters content, including by framing or similar means, is expressly prohibited without the prior written consent of Reuters. Reuters shall not be liable for any errors or delays in the content, or for any actions taken in reliance thereon.
Related News: England, Cricket, Pakistan
COMMENT
Print this article 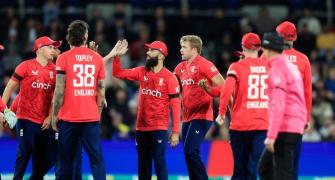 Why Boucher is optimistic of SA's chances at T20 WC 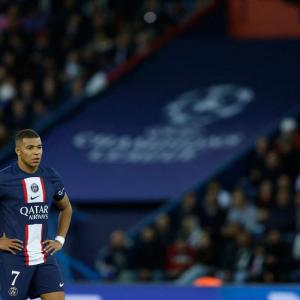