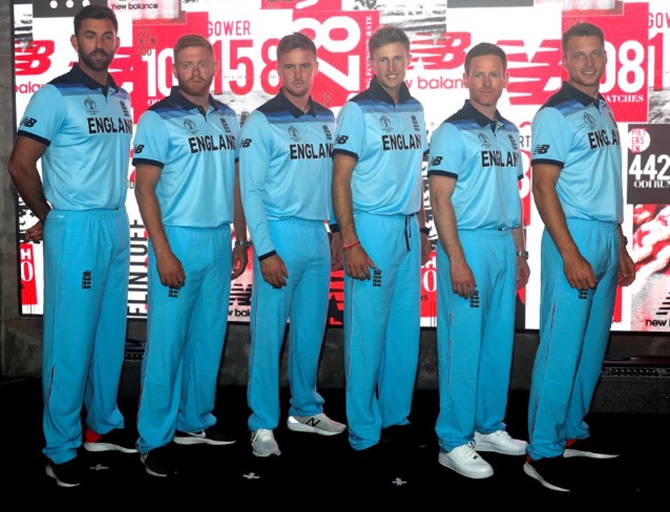 England's relationship with the Cricket World Cup has been one of frustration, disappointment and even embarrassment but they host this year's tournament as the top-ranked 50-over team and favourites to lift the trophy for the first time.

From hosting the first three tournaments and reaching the final in 1979, 1987 and 1992, England slid downwards and reached its nadir four years ago when they unceremoniously exited at the group stage in Australia, the last straw being a humbling by an upstart Bangladesh.

Since then, however, the limited-overs caterpillars have transformed themselves into white-ball butterflies, acquiring an enviable assortment of big-hitters who routinely post 300-plus scores.

The single group, round-robin format of this year's tournament also substantially reduces the risk of an exit and should ensure the strongest teams reach the last four - good news for the game's powerhouse India.

Those two look nailed on to reach the last four but any from South Africa, Australia, New Zealand, Pakistan, Sri Lanka and even a revitalised West Indies could easily join them.

With all 10 teams playing each other once to determine the four semi-finalists, the big teams will have plenty of opportunities to recover from any giant-killing act they may be subjected to by outsiders Bangladesh and Afghanistan.

England's spectacular rise is due to a change in their approach to one-day cricket and Jonny Bairstow reflected that when the opener was recently asked to choose between winning the World Cup and regaining the Ashes.

"I am going (to pick the) World Cup because it's been so long since we have had an opportunity to win one," said Bairstow.

"I think that the amount of work that has gone into this group of players over the last couple of years, building and building, I firmly believe we've put an amount of effort in that gives us the best chance."

With home advantage comes home expectation as Eoin Morgan leads arguably the strongest England side in the history of the tournament which has seen a co-host triumph in the last two editions.

No burden of expectation, however, can be heavier than the one resting on the shoulders of Virat Kohli and his team mates out to win India's third ODI World Cup.

It is especially so after their performance in the last two global events on English soil where India won the 2013 Champions Trophy against the hosts and finished runners-up to arch-rivals Pakistan in the next edition four years later.

Emotions will run high during their June 16 match against Pakistan following a further souring of relations between the nuclear-armed neighbours in recent times.

Pakistan skipper Sarfraz Ahmed, however, cannot afford to get distracted by the hype around the Manchester match-up as he seeks consistency from a notoriously fickle side.

"It's annoying for us to keep being unpredictable, but it’s true," former ODI captain Azhar Ali told the ICC website recently.

"We have done well in World Cups, even though no one rates us that highly in the build-up. We always produce good performances so hopefully this will be a special one."

Holders Australia face their own struggles as they try to put a ball-tampering scandal behind them for a successful title defence.

Captain Aaron Finch's own battle with poor form provided the microcosm of the turmoil Australian cricket endured before series victories against India and Pakistan.

Former captain Steve Smith and opener David Warner returned from their year-long bans over the ball-tampering incident to bolster a side who endured their longest sequence of consecutive ODI defeats in 2018.

Apart from their scoring duties, the duo, who made a successful return from elbow surgeries at the Indian Premier League, will also assist Finch in leading the side.

South Africa under Faf du Plessis are desperate to shed their "chokers" tag but find themselves already grappling with injuries to their pacemen with Kagiso Rabada, Dale Steyn, Lungi Ngidi and Anrich Nortje all nursing niggles.

Once-invincible West Indies had to come through the qualifiers but could be a surprise element with the return of opener Chris Gayle and all-rounder Andre Russell.

© Copyright 2020 Reuters Limited. All rights reserved. Republication or redistribution of Reuters content, including by framing or similar means, is expressly prohibited without the prior written consent of Reuters. Reuters shall not be liable for any errors or delays in the content, or for any actions taken in reliance thereon.
Related News: ODI, Jonny Bairstow, England, Eoin Morgan, India
SHARE THIS STORYCOMMENT
Print this article 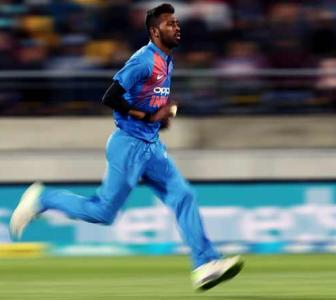 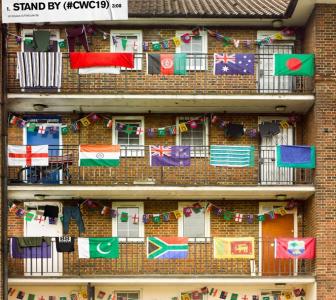