News
Business
Movies
Sports
Cricket
Get Ahead
Money Tips
Shopping
Sign in  |  Create a Rediffmail account
Rediff.com  » Cricket » 'There are definitely areas in which we need to improve'

'There are definitely areas in which we need to improve'

England must improve on the Test performances against West Indies if they are to succeed in their next challenge against South Africa, according to captain Andrew Strauss.

Strauss's team sealed a 2-0 series win over West Indies on Monday after the rain-affected third and final Test was abandoned as a draw.

England dropped four catches in one innings and allowed the last-wicket pair of Denesh Ramdin (107 not out) and number 11 Tino Best (95) to share a stand of 143. 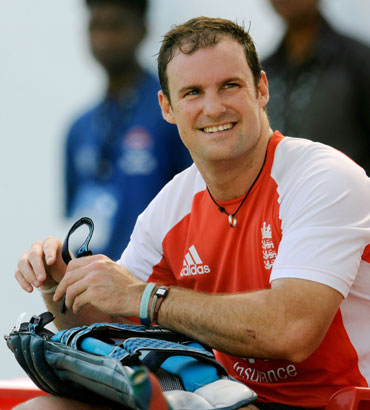 The three-match South Africa series, which starts at The Oval on July 19, will decide whether England remain top of the world rankings or the Proteas leapfrog them.

"We go into our next test assignment in pretty good fettle and feeling pretty confident," Strauss told reporters. "We are also aware there are definitely areas in which we need to improve.

"It wasn't a perfect performance by us in the little play we did have here and that is frustrating. We dropped a few catches and you don't want to be in a situation where number 11 gets 95 all that often."

No play was possible in three of the five days in the third Test at Edgbaston, England reaching 221 for five in reply to West Indies first innings 426.

"We found ourselves under a bit of pressure with the bat but there were still some good performances," said Strauss.

"We competed but we didn't compete for long enough over an extended period of time," he explained.

"Looking at the three test matches we scored over 300 in each with our top-order not contributing. To do that was a plus for us.

"I remember watching England against India (in 2011) and India had a strong batting lineup and they hardly reached 300 so credit to our guys who went out there and performed well for the team," added Sammy.

"We competed against Australia (in April) and should have won and at crucial moments we faltered and crumbled and that's what happened again in England. If you subtract the sessions when we were really bad, we were up there competing."

Ramdin was fined 20 percent of his match fee for holding up a handwritten message for former West Indies captain Viv Richards who had criticised him before his century.

The match referee said the wicketkeeper-batsman had brought the game into disrepute.

© Copyright 2020 Reuters Limited. All rights reserved. Republication or redistribution of Reuters content, including by framing or similar means, is expressly prohibited without the prior written consent of Reuters. Reuters shall not be liable for any errors or delays in the content, or for any actions taken in reliance thereon.
Related News: West Indies, Andrew Strauss, England, Darren Sammy, Denesh Ramdin
SHARE THIS STORYCOMMENT
Print this article 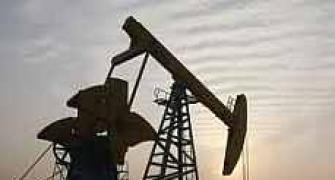 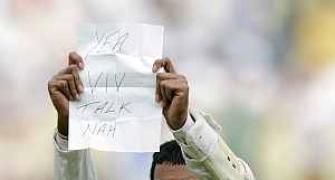 Richards hits back at Ramdin for angry protest 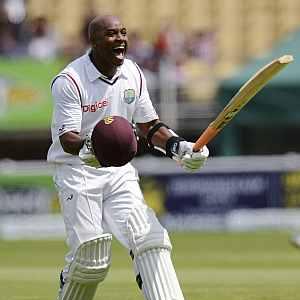