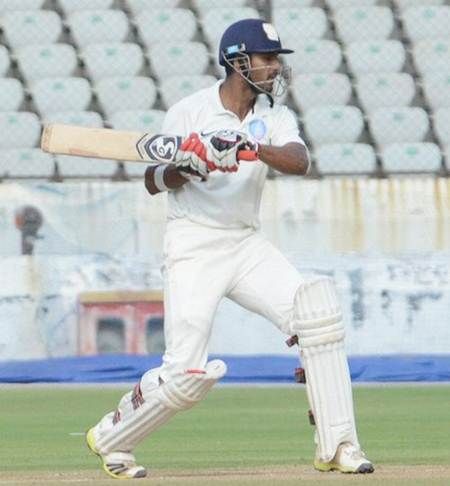 Karnataka batsman Lokesh Rahul gave the selectors food for thought before the upcoming Australia tour, scoring a classy century which gave South Zone a vital first innings lead against Central Zone on Day 2 of the Duleep Trophy final, in Delhi, on Thursday.

Replying to Central's first innings total of 276, South rode the opener’s unbeaten 168 to end the day on 308 for three, a lead of 32 runs, at the Feroz Shah Kotla.

Rahul's knock, laced with 18 boundaries and two sixes, came off 205 balls and helped the team maintain a healthy run-rate through the day.

While Pankaj Singh (3-55) brought some cheer back in the Central camp, striking three quick blows with the old ball, the day's hero undoubtedly was 22-year-old Lokesh, who showed that his 1000-plus runs in the Ranji Trophy last season wasn't a flash in the pan.

His easy stance, solid backfoot play and flowing drives were a treat to watch. National selectors Vikram Rathour and Saba Karim must have been satisfied with what they saw.

The best part about Rahul's batting was his ability to capitalise on some mediocre bowling and a helpful Kotla track, where one could plonk his front foot and hit through the line.

He also proved his penchant for big scores on big occasions having reached the three-figure mark in last year's Ranji Trophy final against Maharashtra in Hyderabad.

Robin Uthappa (80), just like his namesake Robin Bist, would be cursing his luck for not converting a great start as a three-figure mark, was there for the taking.

The Rahul-Uthappa duo added 168 for the opening stand but, more importantly, maintained a run-rate of over four runs per over throughout.

Initially, both the batsmen matched each other stroke for stroke. If Uthappa hit a straight drive, Rahul matched it with an elegant on drive. If Uthappa back-cut left-arm spinner Ali Murtaza, Rahul danced down the track to hit a cover drive.

Central skipper Piyush Chawla was hammered into submission by the duo as any long hop was deposited in the stands.

There were times when Pankaj and Pandey dug in short and he was upto the task with pull shots infront of square.

Uthappa was unlucky as he played across the line to a straighter delivery from Jalaj Saxena and was adjudged leg before. He played 97 balls and hit 13 fours along with two sixes.

Rahul reached his fifth first-class century as he lofted Chawla over long-on for a six and pushed for a single to reach the landmark.

It was Pankaj, who struck with the old ball as Baba Aparajith (21), Dinesh Karthik (0), Ramaswamy Prasanna (0) were gone in quick succession as South experienced a mini slump being reduced to 233 for 4.

But Rahul carried on as he reached his 150 with an off drive off Ishwar Pandey. He has Hanuma Vihari (38 batting) for company. 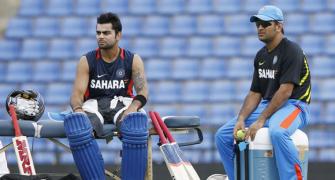 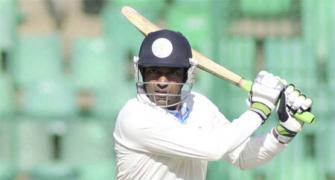 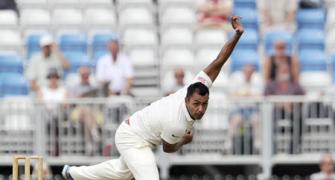 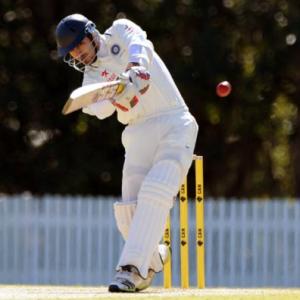 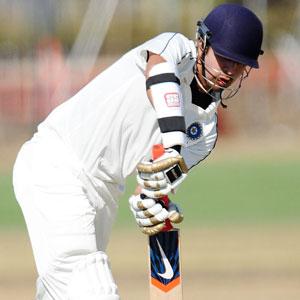