Former India wicketkeeper Farokh Engineer wants Duncan Fletcher axed as the Indian team's chief coach, and the appointment of Ravi Shastri and Dilip Vengsarkar to guide the team after the 3-1 drubbing Mahendra Singh Dhoni's men received in the five-Test series in England.

"Ravi has done extremely well. He has motivated the boys, he is a dynamic character. In fact, he should oversee all cricket. Not only one day cricket, he should oversee Test cricket as well," said the former Test keeper after inaugurating Cricket Club of India's indoor academy.

Former India all-rounder Shastri was roped in as the team director in overall charge of team for the ODI series that followed and which India won 3-1, though the under-fire Fletcher continued in his post. Former captain Vengsarkar has served as chief selector in the past.

"I think along with Ravi, you should have someone like Dilip Vengsarkar. They have both played cricket together. They both know the game inside out," said England-based Engineer.

"These two...can turn the fortunes of Indian cricket."

‘I am only criticising his (Fletcher’s) glum nature’ "I would say Dilip Vengsarkar would be the prime candidate because he has done it at all levels. He has got his own academies. And for me he is the prime person to be inducted into Indian cricket for coaching or management," Engineer said, adding Indian-born cricketers should be taking charge of the team.

Asked if Vengsarkar should replace Fletcher, Engineer said, "Dilip Vengsarkar should have replaced him ages ago. I am not against Duncan Fletcher and I don't even know him. I am only criticising his glum nature.

"For me, a manager has to come forward and defend the boys. I have not seen him do that. He might be a nice man and a fatherly figure but we are talking about the Indian coach earning a huge sum of money," he said.

‘Dhoni reminds me of my young days’ 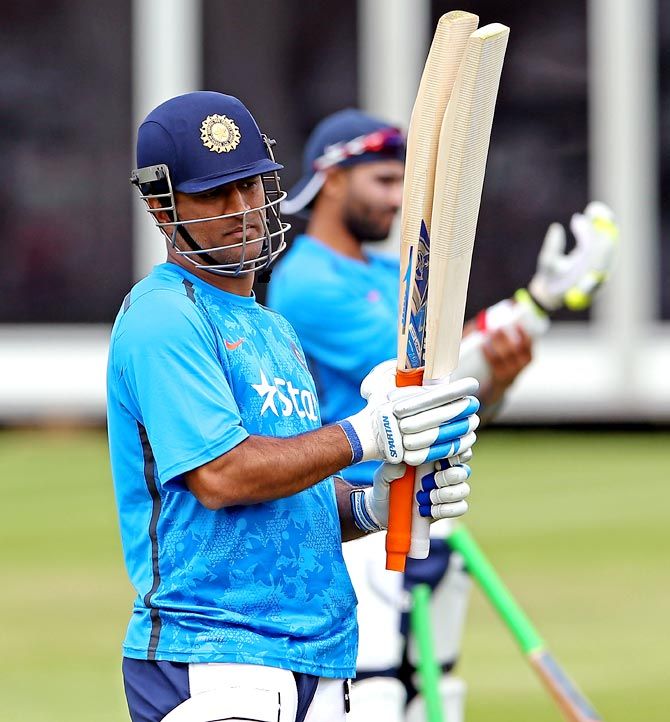 The former stumper also said he was surprised by Shastri's comment on Fletcher being a fatherly figure and a solid character. "(I was) A little surprised. Ravi has always spoken his mind. He must have seen something in Fletcher that obviously I haven't...

"I have talked to at least 20 of the old, established Test cricketers and not one of them gives him even one out 10," Engineer said.

Engineer felt that Fletcher who knew the English wickets well could have advised Dhoni on whether to bat or field after winning the toss.

He also backed Dhoni to lead the side in all formats of the game and said, "I am a huge Dhoni fan. He reminds me of my young days. But I would criticise him for the T20 where he should have taken the single and given strike to Ambati Rayudu. He wasn't batting with number 11.

"Ambati Rayudu is a very good player. he should have been given the strike and I am sure he would have scored the runs. He should have trusted him. It wasn't Ishant Sharma."