With the contract of Team Director Ravi Shastri ending, former India captain Rahul Dravid has been approached by the Board of Control for Cricket in India to take up Team India's head coach job. 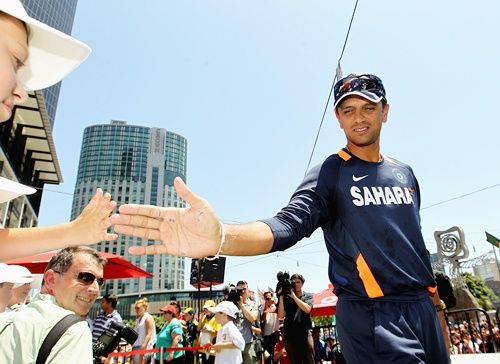 According to reports, the BCCI’s cricket advisory committee, comprising Sachin Tendulkar, Sourav Ganguly and VVS Laxman, has asked Dravid about his interest in the big job.

Dravid, who is mentor of Indian Premier League franchise Delhi Daredevils, and who coached the Under-19 squad to the World Cup title early this year, is yet to give his nod to the offer.

The reports also suggest that the BCCI was not interested in handing over chief coach’s role to Shastri.

The position of the head coach has been lying vacant since Duncan Fletcher's contract expired at the end of the 2015 World Cup.