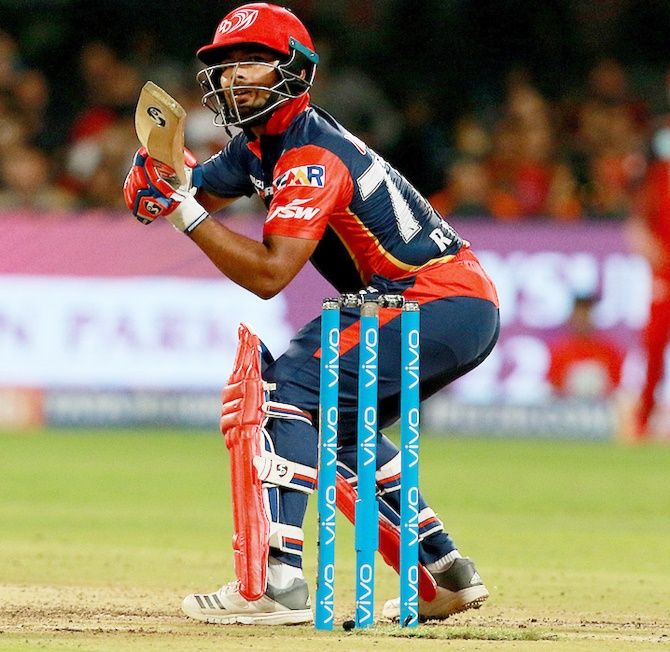 Rishabh Pant has earned plaudits for his flamboyant batting in shorter formats but India A coach Rahul Dravid believes that the talented youngster has the "temperament and skills to bat differently" in longer formats.

Pant has earned his maiden call up to the Indian Test side riding on impressive knocks for India A during the recently concluded tour of UK, where he hit crucial half centuries in four day games against West Indies A and England Lions.

The former India captain was also Pant's coach during his India U-19 days and knows his ward's game inside out.

Pant can score runs at a brisk pace in longer format but what has impressed Dravid is his ability to read match situations.

"He is always going to be an attacking player but reading of the situation when one is playing red ball cricket is required. We are glad that he has been picked in the national team and I hope he takes this maturity and builds from thereon," Dravid said.

"There were three-four innings where he showed that he is willing to bat differently. We all know the way he bats. Even during the 2017-18 (it was 2016-17) Ranji Trophy season, when he got 900 plus runs and his strike rate was 100 plus and we have seen him bat similarly in IPL as well," the legend added.

For Dravid, the heartening part about Pant on the India A trip was rising up to the different challenges thrown at him.

"On this trip, we challenged him a lot to bat according to the situation. He got a critical 64 not out in the One-Day tri-series final (England Lions), when he was the last recognised batsman.

"And also against West Indies A, he put on a 100 run partnership with Jayant Yadav (in successful fourth innings run chase)."

Dravid is of the opinion that "Shadow Tour" of India A team is brilliant concept developed by BCCI as it can prove to be beneficial for national team.

A shadow tour is a concept where the A team tours a nation where the senior team is going to play and it also prepares the second string side in case of any eventuality.

The likes of Axar Patel, Shardul Thakur, Krunal Pandya, Karun Nair -- all of whom drafted into the senior team -- got a considerable amount of game time in UK conditions.

"It's great to have shadow tours. It may not always be possible but whenever it's possible it's highly beneficial. A lot of players have joined the national side from the team. It also gave Murali Vijay and Ajinkya Rahane come down and spend time with us and play a practice game that was competitive and tough.

"Having India A team tour before the national side (gets into action) opens up many possibilities in terms of preparation for both the sides. It also serves as motivation for many players for they know when they do well on A tours, they will be picked in the national team," Dravid said.